Limited resective surgery is used as a primary therapeutic option in patients with Crohn’s disease (CD) who present with severe symptoms or fibrostenotic complications. Recent studies suggest that surgery represents a valid alternative of biological therapy in subgroups of CD patients.1 However, only few studies have described the disease course in early resected CD patients regardless of disease location. This study aimed to investigate disease course in all early resected CD patients.

Using the Danish National Patient Registry (NPR), we identified 9739 patients who were diagnosed with CD between January 1st, 1997 and December 31st, 2015. Of those, 499 patients underwent a major abdominal surgery within 30 days before or after their diagnosis. Data on re-operation, hospitalization and medication use were retrieved from the NPR and the National Prescription Registry. Trends in treatment outcomes over time were assessed using Chi-square test, Kaplan Meier survival analysis and log-rank test.

Figure 1. Cumulative risk of re-operation, hospitalization and medication use 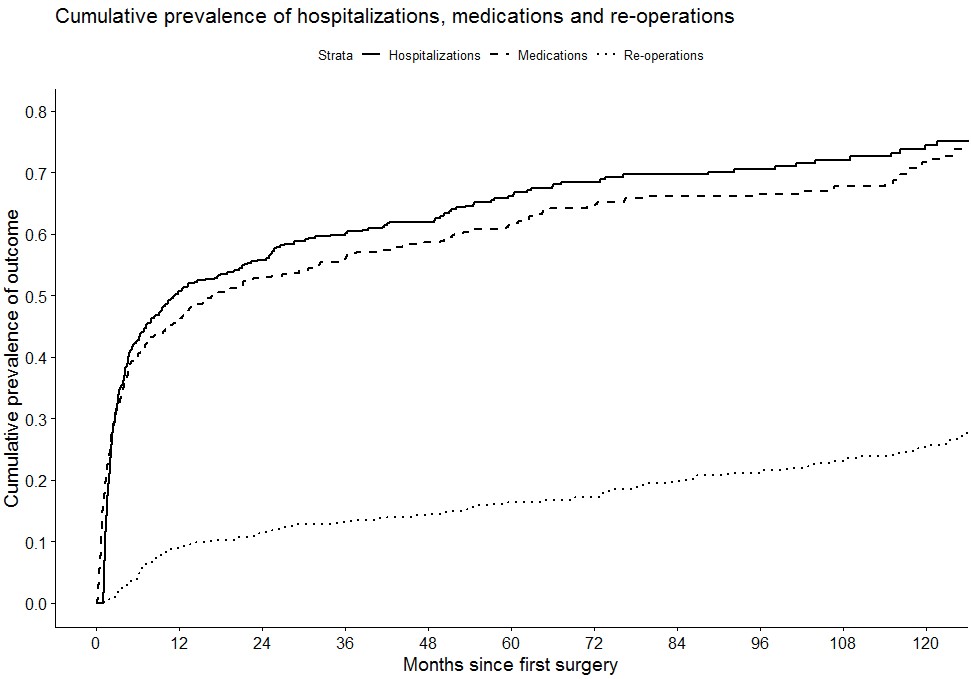 Figure 2. Comparison of treatment outcomes before and after year 2005 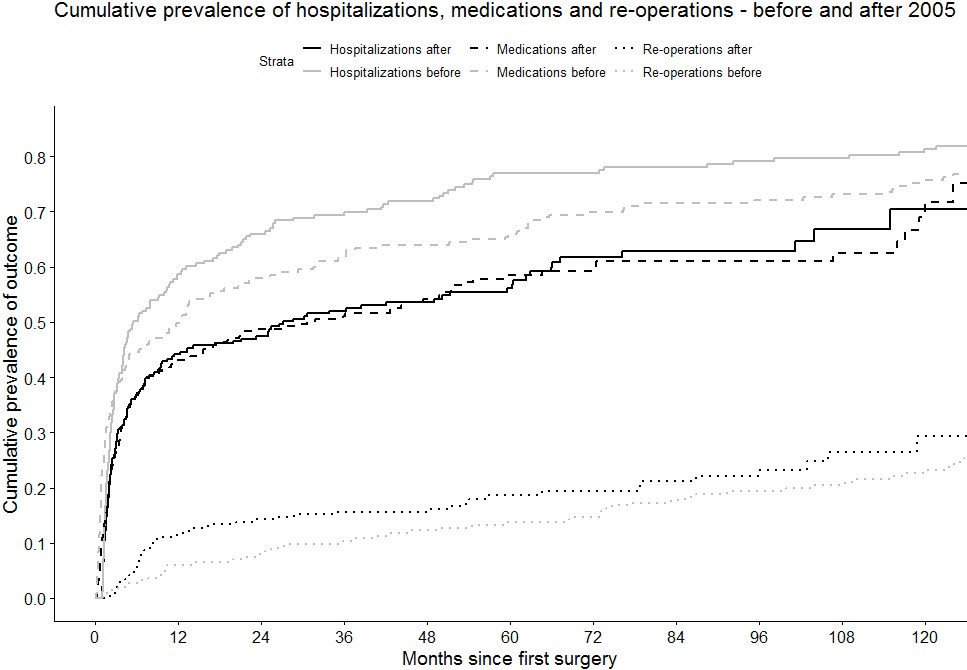 The risk of re-operation and hospitalization after the initial surgery in this cohort of early resected CD patients are lower when compared to other CD cohorts. Furthermore, hospitalization risk and need for medical therapy decreased over time.