P041 Characterization of cytokine and drug concentrations in serum, mucosa and faeces during induction treatment of moderate-to-severe ulcerative colitis with anti-TNF monoclonal antibodies

It remains unclear why up to 30% of patients with moderate-to-severe ulcerative colitis (UC) do not respond to anti-TNF treatment (anti-TNF). In this study, we explored multi compartment cytokine and anti-TNF concentrations in peripheral blood (PB), faeces (F) and colonic mucosa (CM) before, during and after anti-TNF induction treatment in UC.

91 UC patients starting infliximab or adalimumab were included at two tertiary centres (table 1). Patients underwent clinical and endoscopic assessment with CM, PB, and F sampling at baseline. Follow-up CM samples were taken at first follow-up endoscopy during the first year. Follow-up PB and F samples were taken at follow-up endoscopy and optionally on day 3, 7, 14, and 28.

Response (R) was defined as Mayo endoscopic score (MES) 0-1 (assessed by a blinded independent reader) and subsequent anti-TNF therapy for > 1 year. All other patients were classified as non-responders (NR).

TNFα, IL6, IL10 and drug levels were measured in all compartments and OSM and IL12p40 in PB and CM (F anti-TNF with ELISA and cytokines and PB and CM anti-TNF with a bead-based immunoassay). CM samples were normalised for gram of protein (gop).

To differentiate pharmacokinetic (PK) from pharmacodynamic (PD) failures, we calculated CM anti-TNF/ TNFα. We classified values above the median as sufficient PK (Good PK) and values below as insufficient PK (Bad PK). 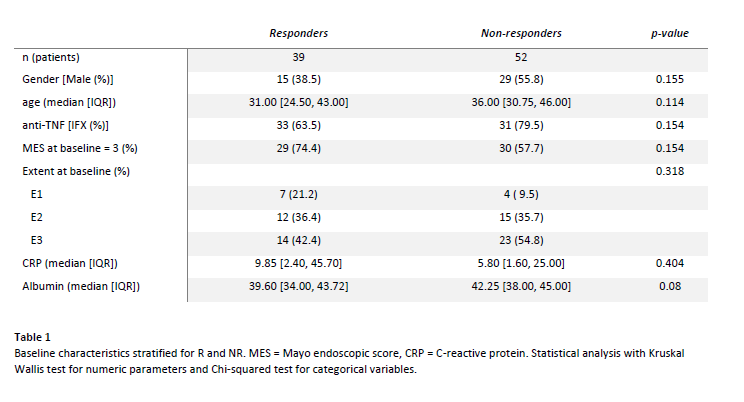 We analysed CM, PB and F samples from 71, 91 and 32 patients respectively. Baseline cytokine concentrations were similar in all compartments. 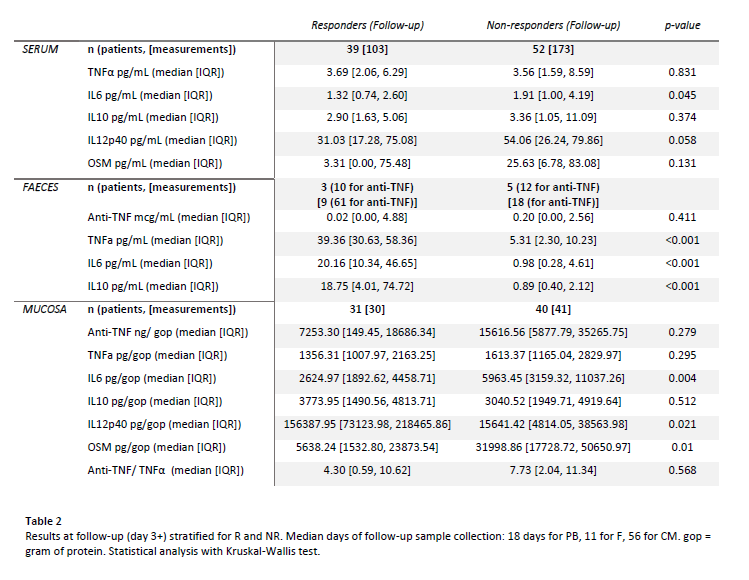 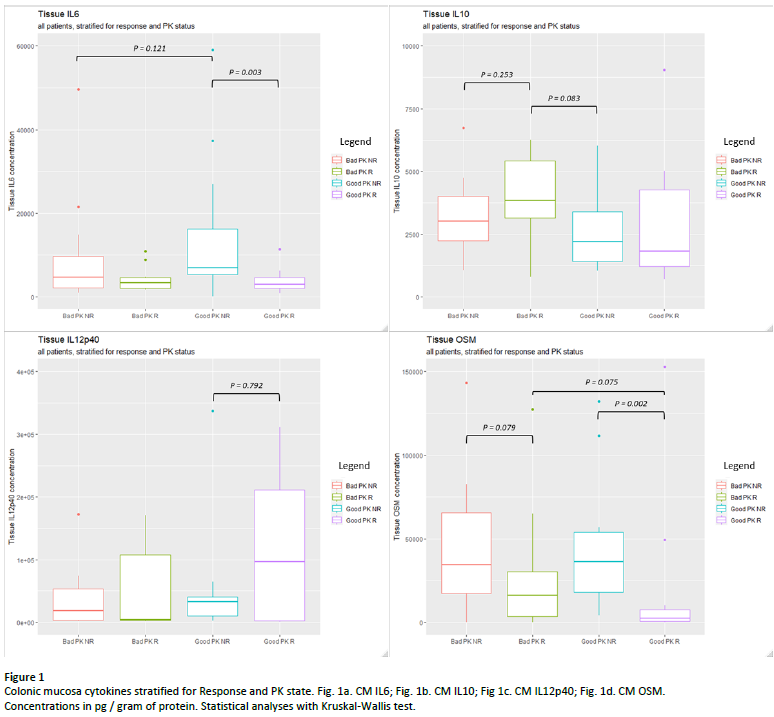