Crohn’s disease (CD) is characterized by the expansion of mesenteric fat attached to the inflamed segments of the intestine, also known as “creeping fat” which seems to be directly related to disease activity. Our group revealed that adipose-stem cells (hASCs) isolated from the creeping fat of CD subjects are dysfunctional (showing a high inflammatory profile, high invasive and phagocytic capacities, and worse immunosuppressive properties); and this dysfunction is maintained even in hASCs isolated from CD subjects in remission of the disease.1

Methylation and transcriptomic studies revealed a multi-omic profile of hASCs isolated from CD subjects compared to control individuals (Heatmaps Fig 1A). Indeed, the integration of genome-wide methylation changes and gene expression differences revealed the main candidate’s genes (Figure 1B). The most significant upregulated gene in CD was Mab-21 like 2 (MAB21L2) (Fig 1B-C). This gene encodes a downstream target of transforming growth factor-beta signaling. MAB21L2 was validated in an independent cohort of hASC isolated from control, active, and inactive CD subjects (n=7/each group) using qPCR. In agreement, MAB21L2 gene expression was significantly higher in hASCs isolated from the active and inactive group than in the control group (Fig 1D). Another interesting candidate gene found was tyrosine kinase 2 (TYK2) which is significantly upregulated in active CD subjects. This gene promulgates cytokine signals by phosphorylating receptor subunits. It is also a component of both the type I and III interferon signaling pathways.2 Finally, another gene upregulated in remission of the disease is the calcium voltage-gated channel subunit alpha 1H (CACNA1H), which has been involved in low-grade inflammation and has been proposed as an important player in IBD during the remission phase.3 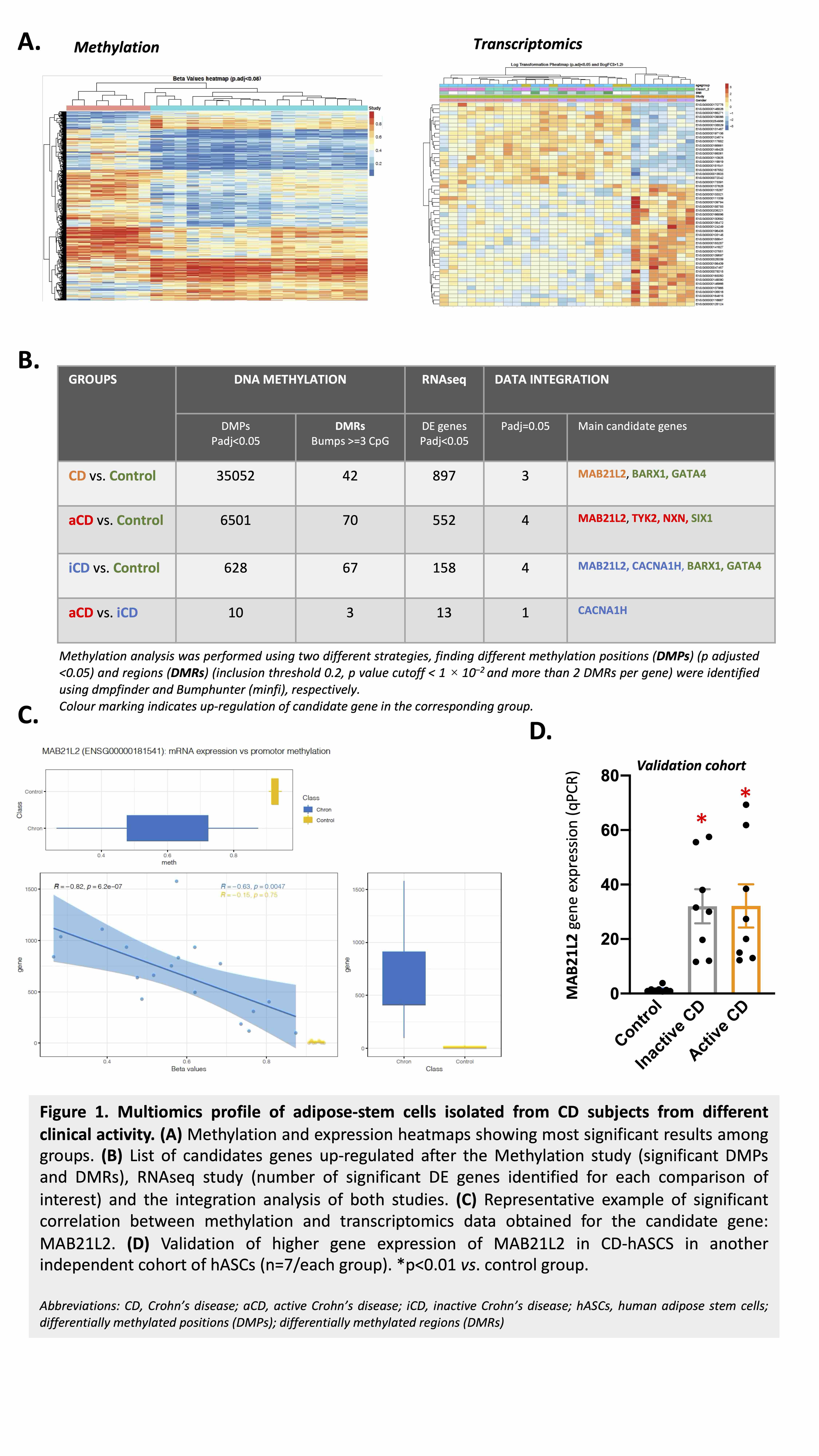