P110 Symptomology and most bothersome symptoms among pediatric Crohn’s disease and ulcerative colitis patients: Results from a physician and patient survey

Crohn’s disease (CD) and ulcerative colitis (UC) are chronic gastrointestinal diseases, which often present during one’s most productive years. The objective of this study was to assess the symptomology and most bothersome symptoms of pediatric CD and UC patients.

Data from a cross-sectional survey of  physicians and their pediatric CD and UC patients (age 2-17 years) conducted in France, Germany, Italy, Spain, United Kingdom, Japan, and  United States were analyzed. Data were collected in 2019-2020 via physician-completed patient record forms and patient-self completed forms. Patients age 12-17 years completed their own questionnaires, while caregivers of younger children completed their respective questionnaires. Patient demographics and current symptoms were reported by physicians, while the most bothersome symptoms were reported by the patient/caregiver. All descriptive analyses were conducted for CD and UC patients separately. 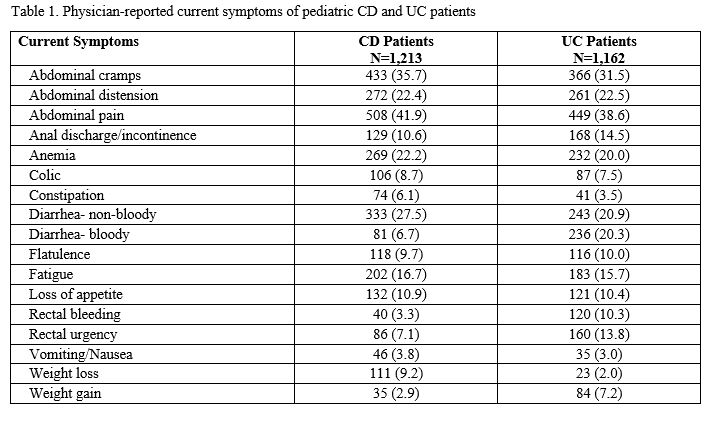 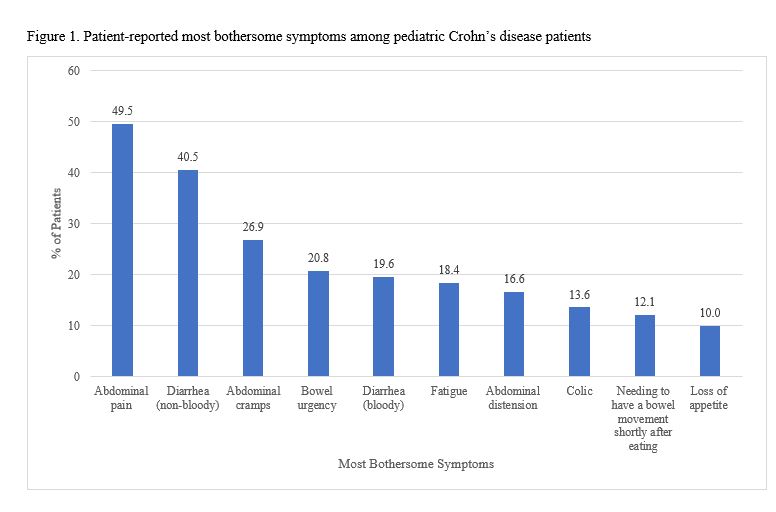 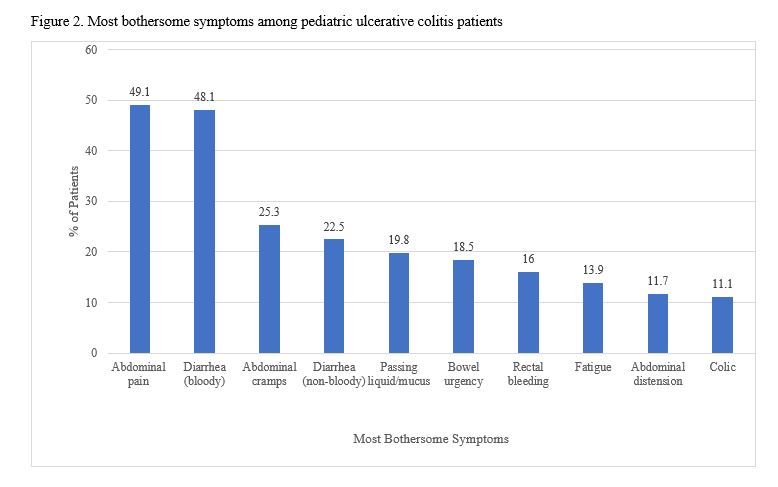