Fatigue and depression are highly prevalent extraintestinal symptoms in IBD, especially during active disease. The underlying mechanisms are still poorly understood, but an involvement of the microbiota-gut-brain-axis seems likely. The aim of this study was to examine associations between the gut microbiota and symptoms of fatigue and depression in patients with active IBD.

We included 62 patients with active IBD. Blood and stool samples were collected before a change of therapy and patients completed questionnaires regarding fatigue (WEIMuS) and depression (HADS). Fecal microbiota were analyzed by means of shotgun metagenomic sequencing.

Based on taxonomical and functional metagenomic annotations of gut microbiome, we investigated the correlation between functional modules and psychometric scores as well as the nature of co-occurrence networks on the genus level using Bayesian statistical methods and analyzed modulating effects of fatigue and depression on genera co-occurrence. CRP levels as well as age, gender, diagnosis and medication were included as nuisance variables.

Half of the patients (n=31) were fatigued (WEIMuS >/= 32P.), and 18 patients reported symptoms of at least mild to moderate depression (HADS D >/=10P.). Co-occurrence of genera that is influenced by depression or fatigue in this active IBD-sample with is displayed in Figure 1 (Log10(BF10) ≥ 1.0, strong evidence for H1). 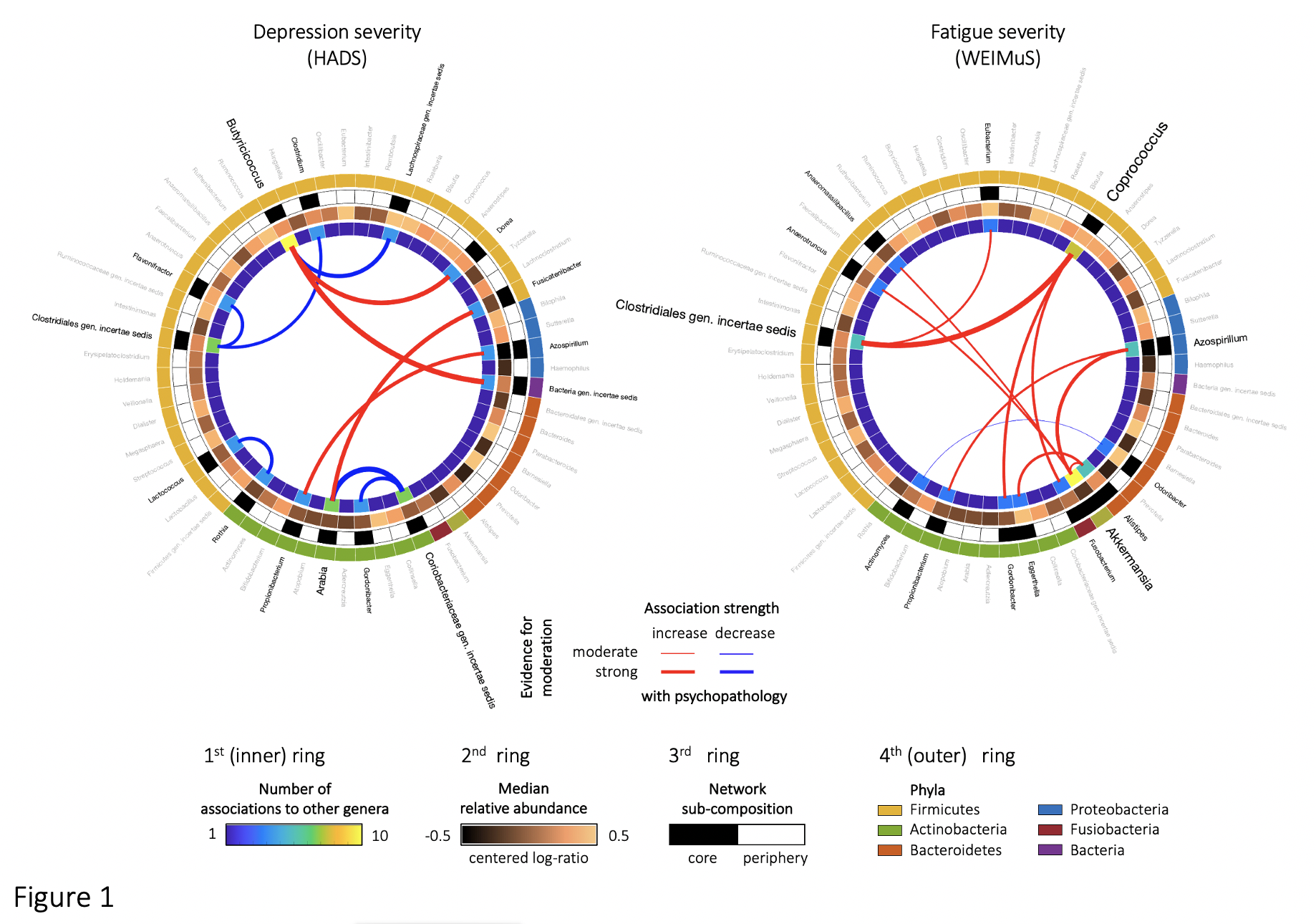 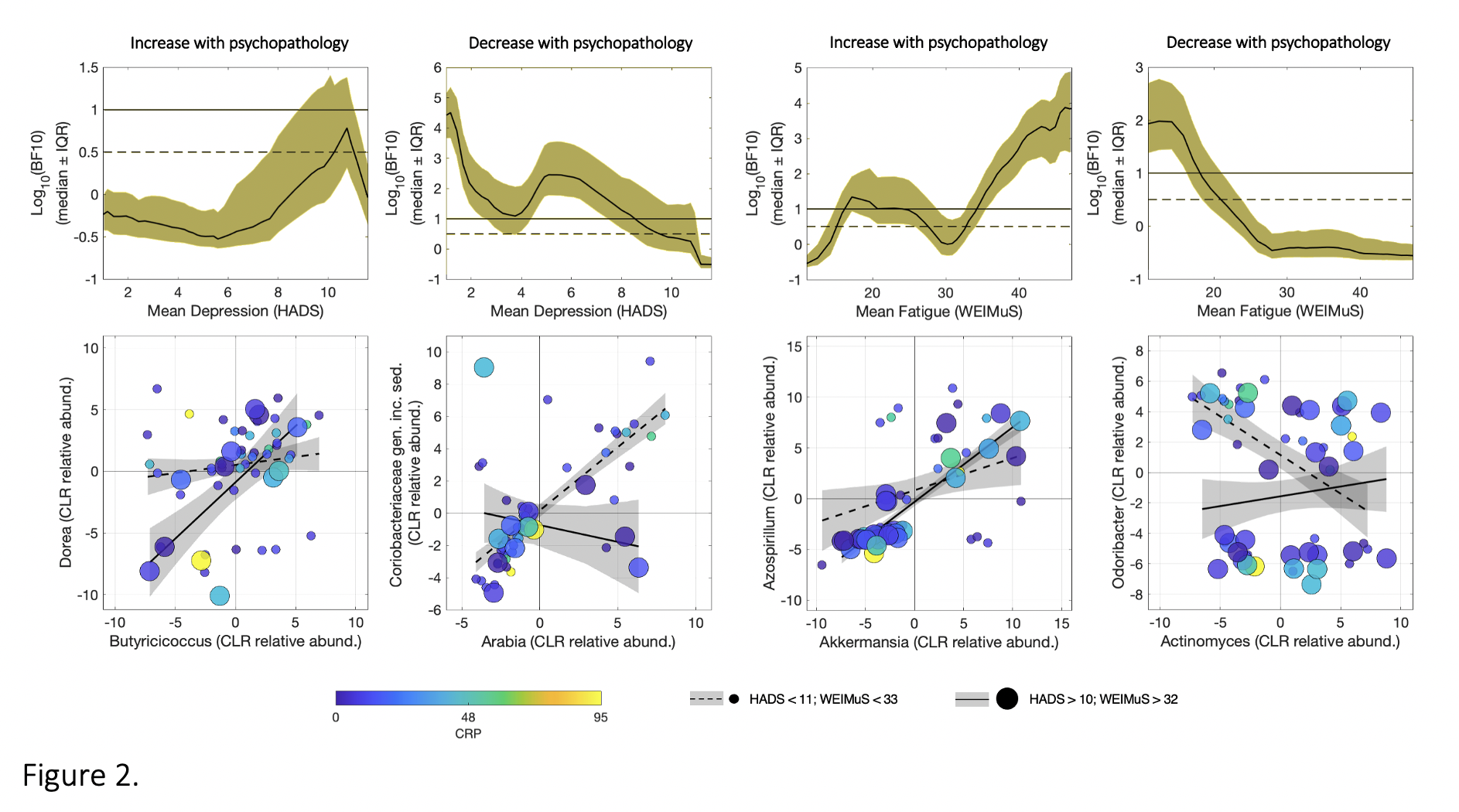 This study is the first to address the relationship between extraintestinal symptoms like fatigue and depression and microbiota parameters in patients with active IBD by means of network analysis with Bayesian methods. Our results show strong associations between these symptoms and co-occurring genera in a sample-specific network, indicating a role of the microbiota-gut-brain-axis in the development of fatigue and depression during active disease.