P292 Effect of drug therapy on the lipid profiles of patient with Inflammatory Bowel Disease: a systematic review and meta-analysis

Increases of lipid levels associated with inflammatory bowel disease (IBD) medication have been previously reported. However, it is unknown whether this effect is similar for all IBD drug classes.

We performed a systematic literature search of randomized controlled trials and observational cohort studies of IBD treatment with corticosteroids, anti TNFα agents and tofacitinib that assessed total cholesterol (TC) before and after short-term (≤8 week) and long-term (≥12 week) treatment. Data of 11 studies (1,663 IBD patients) were pooled using a random effect model with as primary outcome TC levels. Lipid changes were reported as mean difference on the log2-scale (MDlog2) with 95% CI. The effect of patient and disease characteristics on TC changes were analyzed in 6 studies with individual patient data of 1,211 patients. 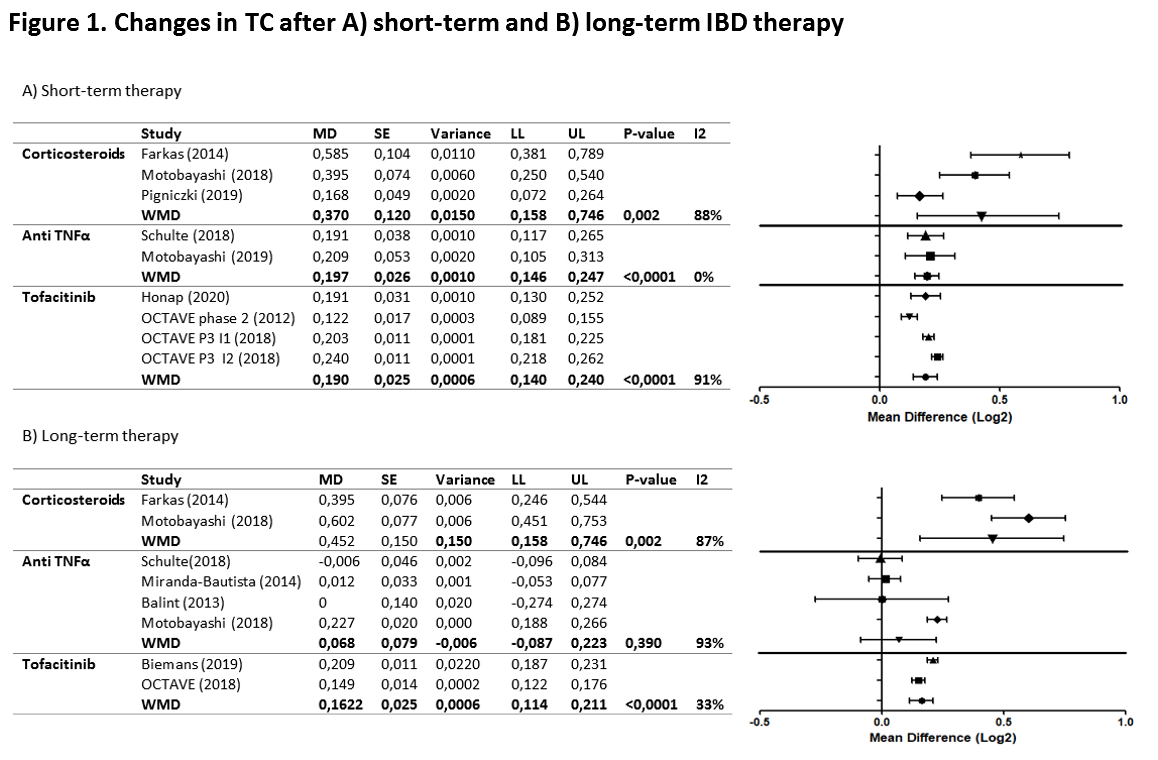