Various studies have shown an association between ustekinumab serum concentrations and treatment response in patients with Crohn’s disease (CD). However, the time point at which this concentration is most informative for long-term outcome is unknown. Dried blood spot (DBS) sampling allows remote collection of blood for measurements at various time points. By use of this sampling method, the current study aimed to evaluate the exposure-response relationship of ustekinumab throughout the first 24 weeks of treatment and to investigate the time points at which ustekinumab levels could identify patients achieving endoscopic remission.

This interim-analysis included DBS (n = 332) and serum (n = 60) samples collected from 13 ustekinumab-treated CD patients at 25 time points during the first 6 months of therapy. All patients received an intravenous infusion of ~6 mg/kg ustekinumab followed by subcutaneous dosing of 90 mg every 8 weeks. Ustekinumab concentrations were measured in serum and DBS extracts using an ustekinumab ELISA (apDia, Turnhout, Belgium). Endoscopic remission was defined as simple endoscopic score for CD (SES-CD) ≤3 after 6 months of therapy. The Mann-Whitney U-test was used to compare unpaired data.

Three out of 13 patients (23.1%) achieved endoscopic remission. Ustekinumab concentrations in serum correlated with those in DBS extracts (Spearman r = 0.97, p <0.0001). Measurement of the ustekinumab concentration in 38 simultaneously collected DBS and serum samples showed an average DBS-to-serum conversion factor of 2.5±0.7 (mean±SD) with an acceptable interpatient variability (CV ≤29%). Concentration-time profiles showed that patients in remission have a higher area under the curve (AUC), hence a higher drug exposure, than patients not achieving remission (906 vs 466 μg*day/mL, p=0.007, Figure). A negative correlation was observed between the AUC and SES-CD at week 24 (Spearman r = -0.74, p=0.0048). Ustekinumab concentrations in DBS extracts at the intermediate time points week 6, week 11 and week 12 after treatment start exhibited the most significant difference between remitters and non-remitters (Table). In contrast, no significant difference was observed in ustekinumab levels in DBS extracts at week 8, week 16 and week 24 between remitters and non-remitters. 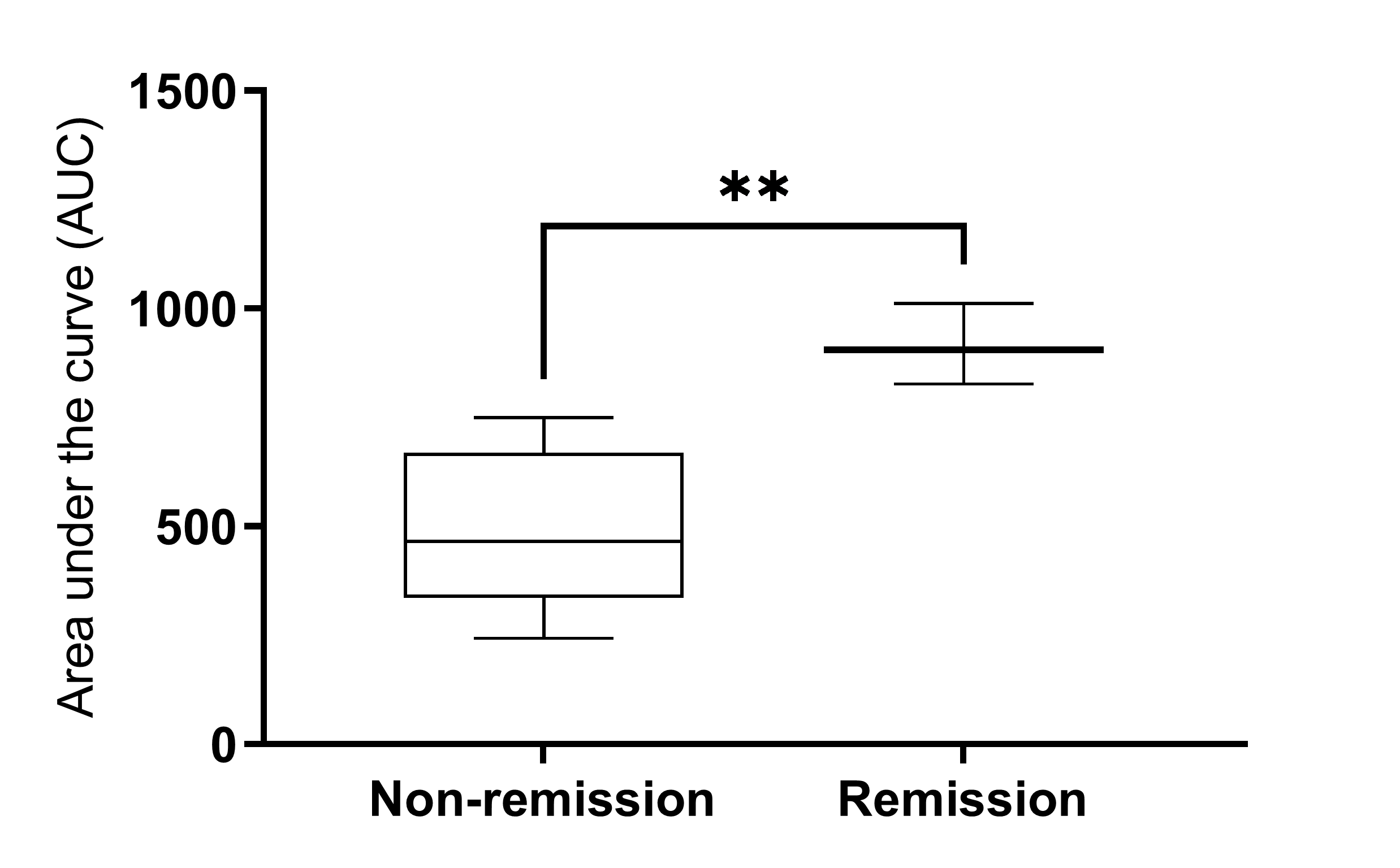 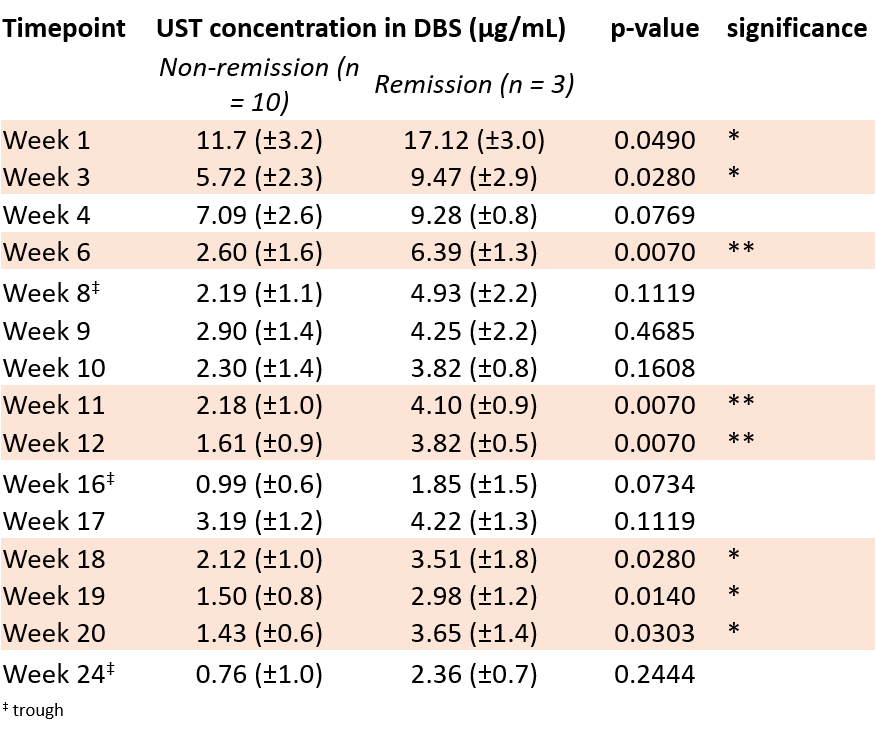 Intensive DBS sampling showed that ustekinumab-treated CD patients in endoscopic remission have a higher drug exposure throughout the first 24 weeks of treatment than patients not in remission. DBS is an easy sampling method that allows accurate monitoring of ustekinumab exposure over time and could help to identify underexposed patients which might benefit from treatment optimization.