P317 Societal cost-of-illness of Inflammatory Bowel Disease has rapidly increased over the years and differs between continents: A systematic review

With increasing incidence of Inflammatory Bowel Disease (IBD) in developing countries and increasing prescription rates for biologics globally, knowledge on the cost burden of IBD and cost drivers is essential for health policy makers worldwide. We conducted a systematic review to determine cost-of-illness of IBD and assess time trends and geographical differences.

A systematic review of population-based studies that estimated cost-of-illness of IBD and were published in Embase, Medline, Web of Science and Google Scholar. Studies on interventions and those reporting costs for a subset of patients defined by phenotype or treatment were excluded, as these do not give a representative estimate of the cost-of-illness of IBD. Only studies published in English were included. Methodology of all included studies was assessed and costs were adjusted to 2018 US dollars.

In total, 4,837 unique studies were screened on title and abstract and 4,730 excluded. After full-text screening, 64 of the remaining 107 studies were included in the systematic review. The study methodologies differed considerably, with large differences in perspective, valuation method and source population. Mean annual healthcare costs for prevalent Crohn´s disease (CD) cases in the last 10 years were in Asia $4,463; Europe $12,396 and North America $17,508. Costs for prevalent ulcerative colitis (UC) patients in the same period were $1,654, $7,206 and $13,569 respectively. For CD, the cost drivers moved from inpatient (61% of total costs) in 1995 to medication costs (77%) in 2016. Similar trends were identified for UC (1998: 50% and 36% versus 2016: 9%, and 82% for inpatient and medication costs, respectively). This cost trend is primarily attributable to an increase in medication costs in all four geographical areas, while in- and outpatient costs were relatively stable during the same time period. The annual costs of absenteeism and presenteeism per prevalent case of CD were $5,638 in Asia and $6,485 in Europe. For UC these costs were $4,828 and $6,414 respectively. Annual costs of absenteeism and presenteeism in North America were $20,074 per patient for a combined cohort of UC and CD patients. 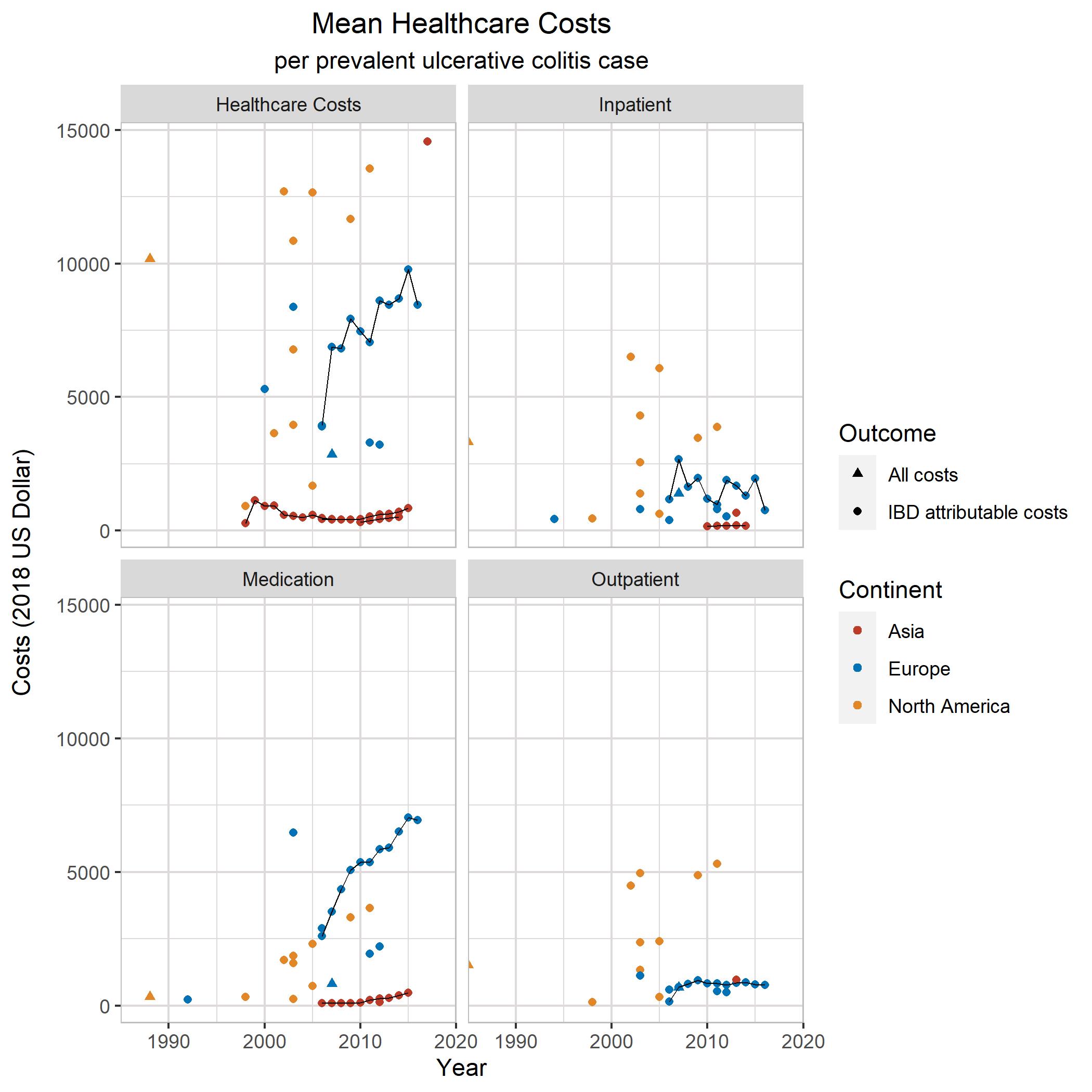 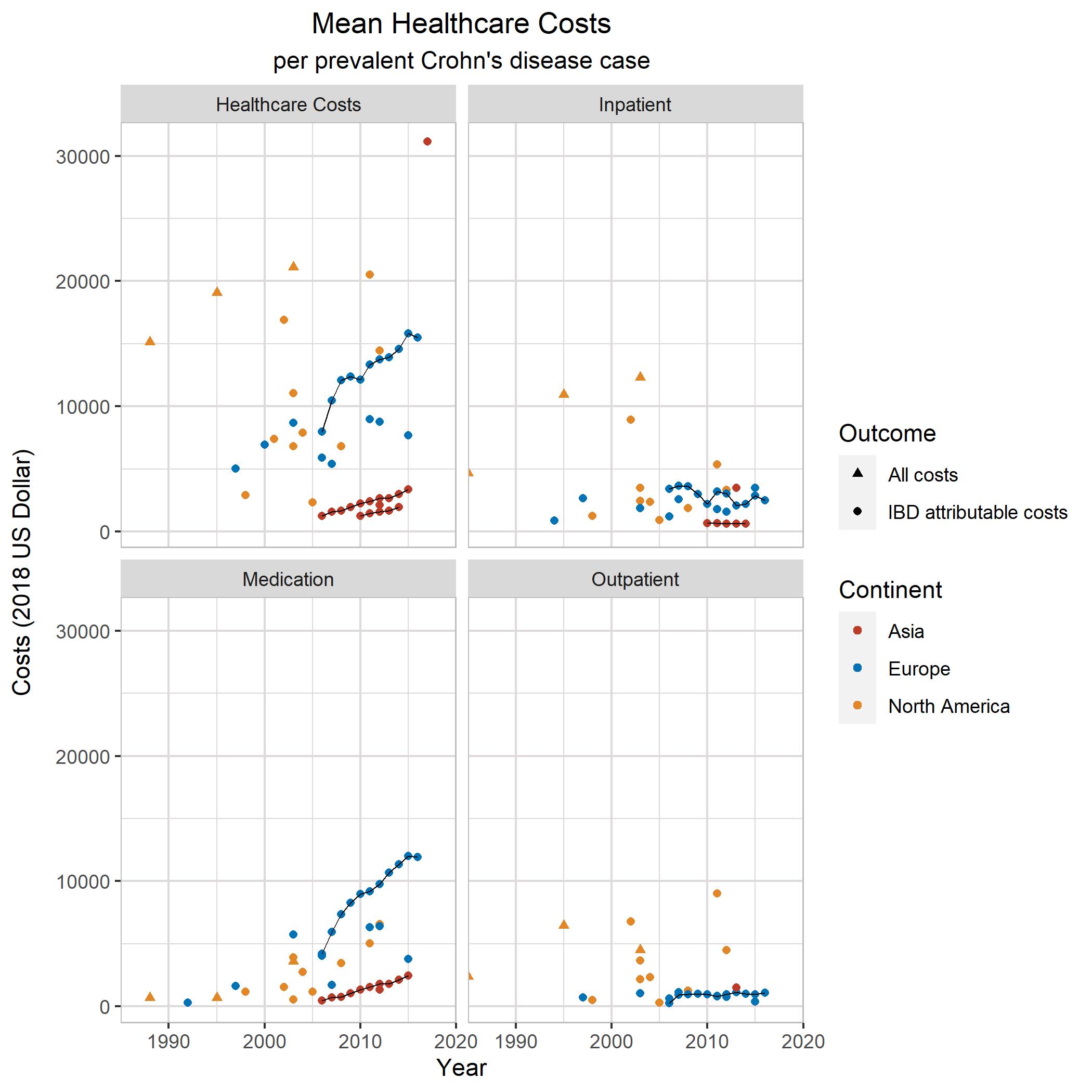 Per patient costs for IBD are increasing worldwide, with highest costs in North America and lowest in Asia. This is primarily due to an increase in medication costs. Productivity costs are substantial and might even exceed healthcare costs. Biologic therapy was expected to decrease inpatient costs by reducing hospitalisations and surgery, but this does not appear to be the case. Continuing growth of these costs can lead to an intolerable burden on healthcare systems worldwide.