Ozanimod is an oral small molecule sphingosine 1-phosphate receptor modulator approved for relapsing forms of multiple sclerosis (RMS) and under development for ulcerative colitis (UC) and Crohn’s disease (CD). Following multiple dosing of ozanimod in healthy subjects, ozanimod and two of the active metabolites CC112273 and CC1084037 represent approximately 6%, 73%, and 15% of circulating total active drug exposure, respectively. Two separate pharmacokinetic (PK) models were developed for the most prominent metabolite CC112273 and ozanimod. CC1084037 was not modeled due to the high correlation between CC112273 and CC1084037 plasma concentrations. Therefore, this analysis aims to characterise the PK of ozanimod and the major metabolite CC112273 in UC and RMS population.

A 2-compartment model was used to describe the concentration-time profiles of both ozanimod and CC112273, separately. The influence of weight, age, sex, race, disease, or smoking status and hepatic function on the PK of ozanimod and CC112273 were explored. The impact of concomitant corticosteroids on CC112273 PK were evaluated post hoc.

While the overall apparent clearance of ozanimod was 7% lower in RMS patients compared to UC, similar exposures were observed in both populations. The most influential covariate on ozanimod PK was body weight, with a modest 23% increase in apparent clearance for a 102-kg subject relative to a 70-kg subject (Figure 1).

The apparent clearance of CC112273 was 16% greater in RMS patients compared to UC patients, resulting in a slightly higher exposure for UC patients. Increasing body weight had a modest reduction in clearance, while smoking had the largest influence on CC112273 PK of approximately 108% increased clearance (Figure 2). Post-hoc results showed no impact of concomitant prednisone or prednisolone on the PK of CC112273.

Other factors, including age, race, sex, or hepatic impairment did not impact the PK of ozanimod or CC112273 PK. 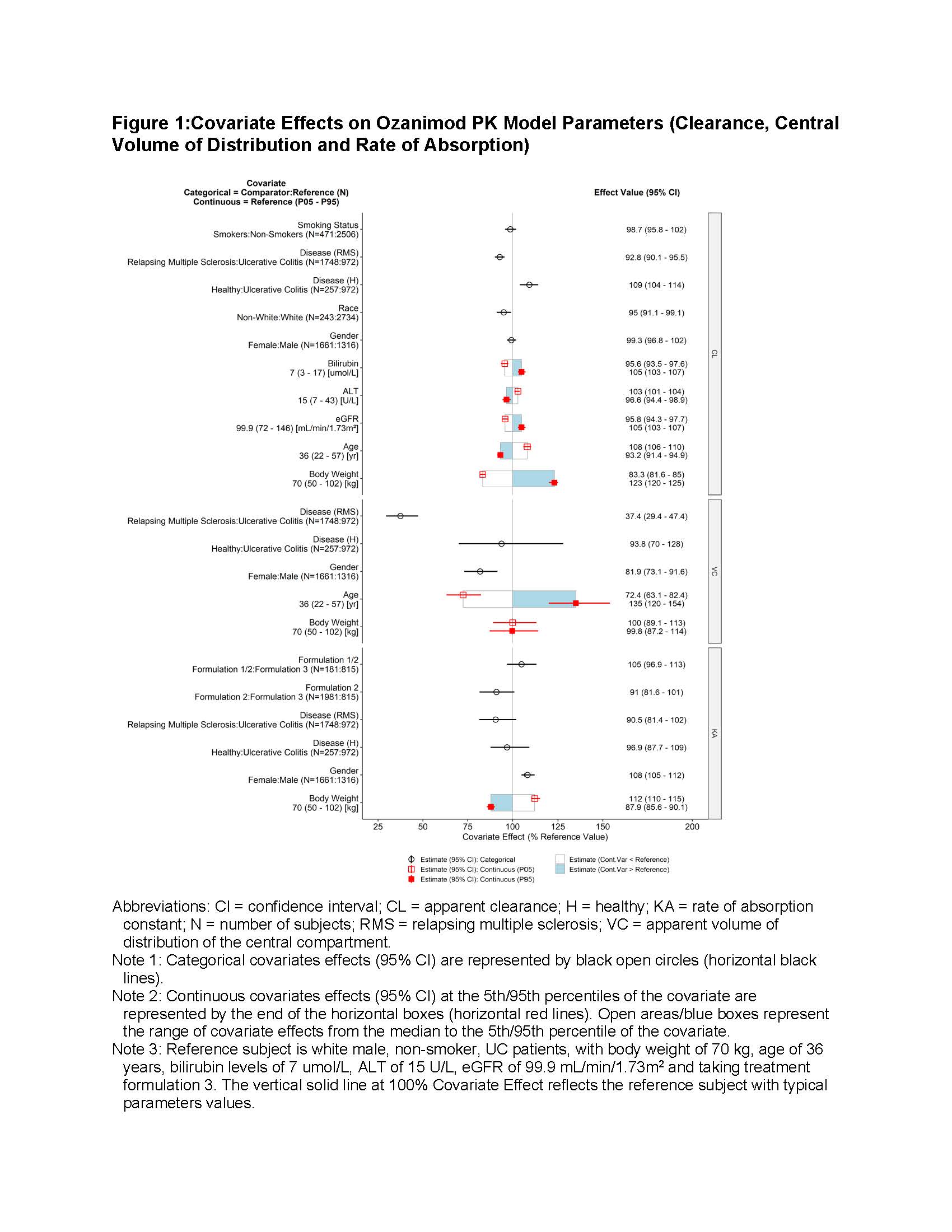 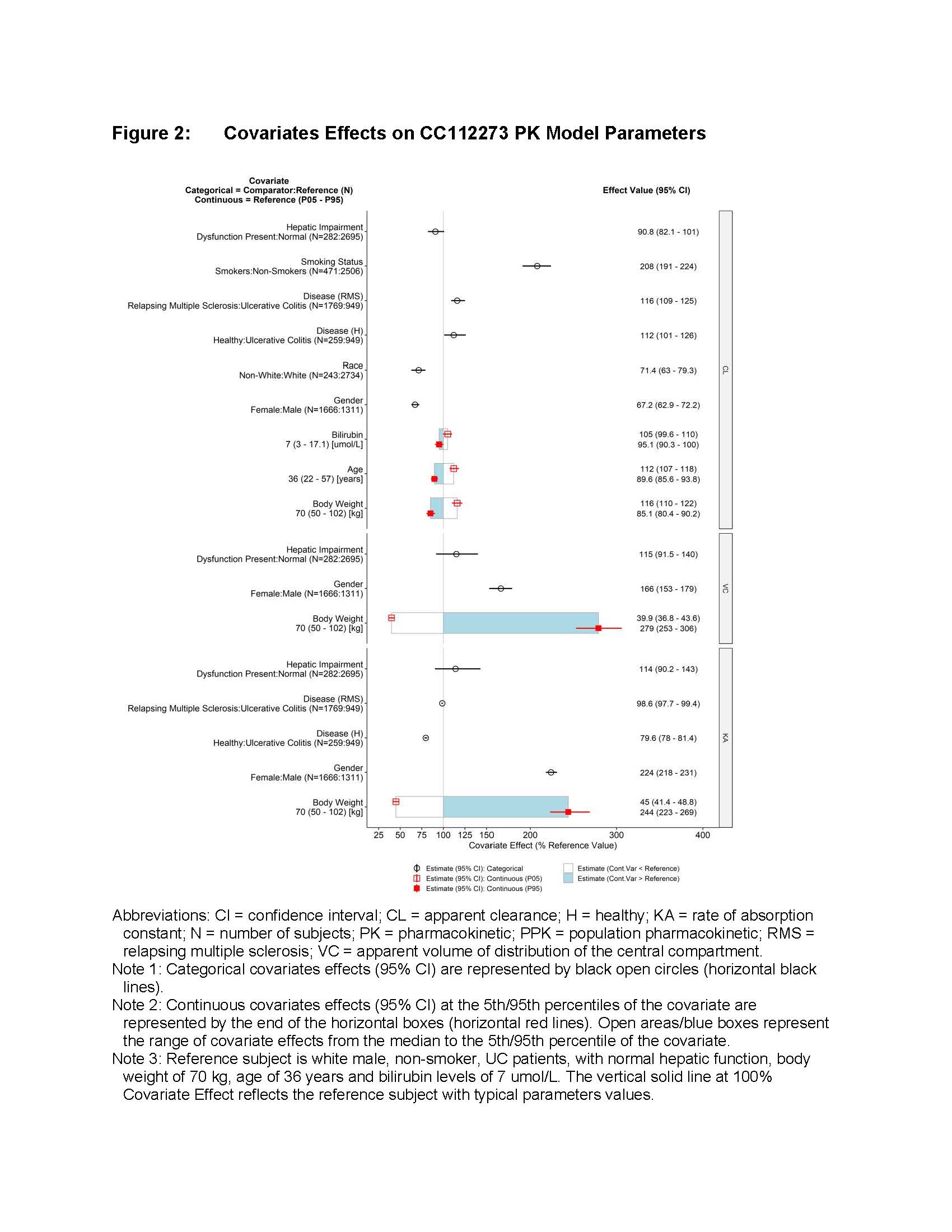 The population PK model of CC112273 indicates that covariates with the largest effect on CC112273 PK parameters were body weight and smoking status. However, no covariate impacted clearance by more than 25%. The PK of ozanimod and CC112273 were not meaningfully impacted by age including in the elderly, body weight, race, sex, hepatic function, or concomitant prednisone or prednisolone. Overall, the PK of ozanimod and CC112273 were comparable in UC and RMS patients.