Corticosteroids (CSs) can induce clinical remission of Crohn’s disease (CD), but long-term use is associated with serious side effects. In the GEMINI 2 trial, a greater proportion of patients with moderately to severely active CD treated with vedolizumab (VDZ) maintenance therapy achieved CS-free remission at week 52 compared with placebo (PBO).1 Response to VDZ is influenced by prior exposure to anti-TNF therapy. In this post hoc exploratory analysis of GEMINI 2, we investigated the impact of VDZ maintenance therapy on use of CSs stratified by prior anti-TNF therapy failure status and baseline disease activity (moderate or severe).

In GEMINI 2, patients who responded to VDZ induction therapy at week 6 were re-randomized to receive VDZ or PBO every 4 or 8 weeks and began a prespecified CS tapering regimen (Figure 1).1 In patients receiving CSs at baseline, we measured change in CS dose from baseline to week 52 , proportion of patients with CS dose ≤ 7.5 mg/day, and proportion of patients with ≥ 90 or ≥ 180 consecutive CS-free days at week 52. Analyses were conducted overall and stratified by prior anti-TNF therapy failure status, baseline Crohn's Disease Activity Index (CDAI) score (moderate: ≤ 330, severe: > 330), and the composite of both measures.

VDZ maintenance therapy was associated with more successful CS withdrawal than PBO, particularly in patients with no prior anti-TNF therapy failure and moderate disease activity. Interpretation of these results is limited by the exploratory nature of the analyses, small sample sizes and different initiation weeks for CS tapering per patient. 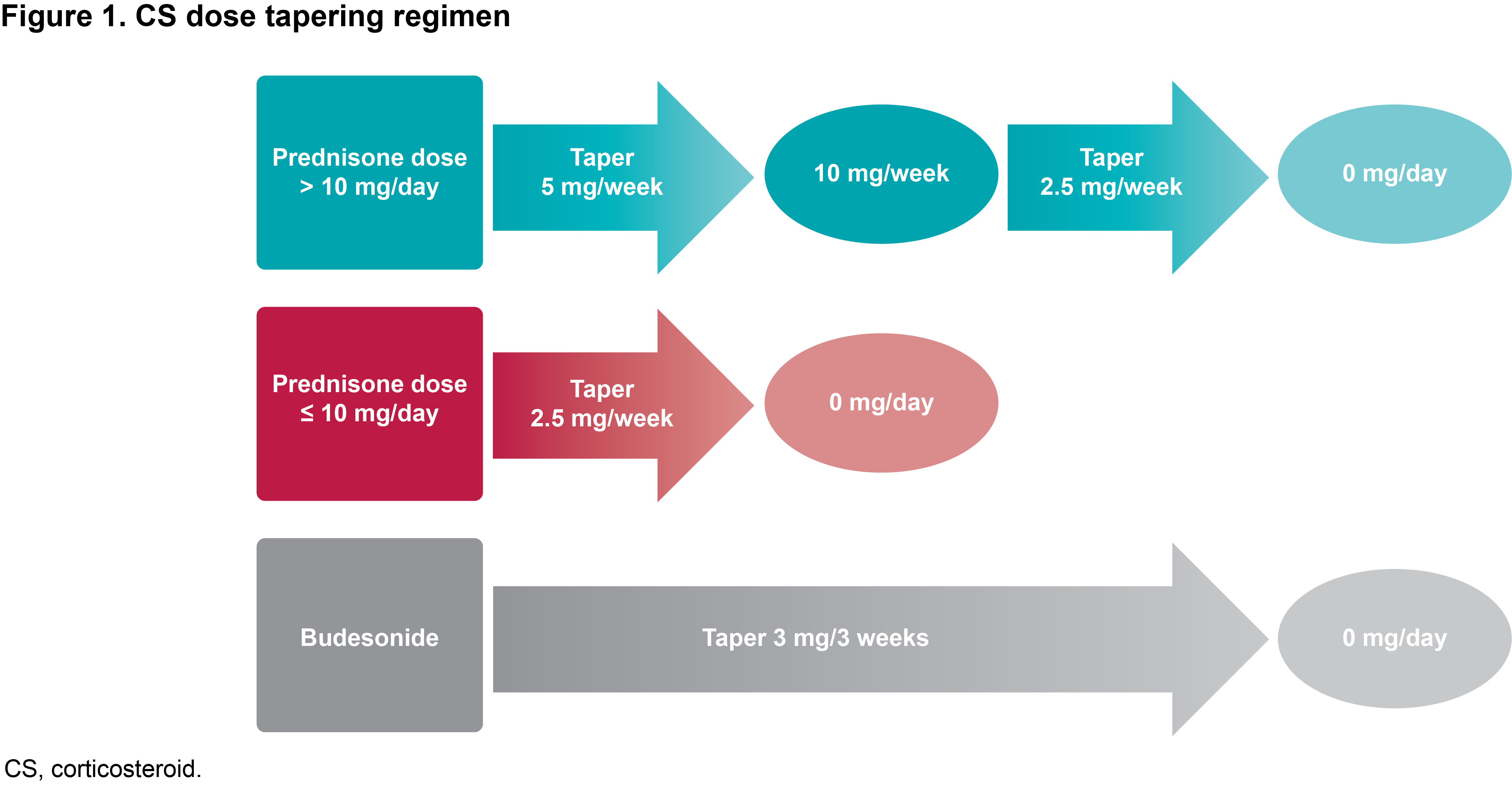 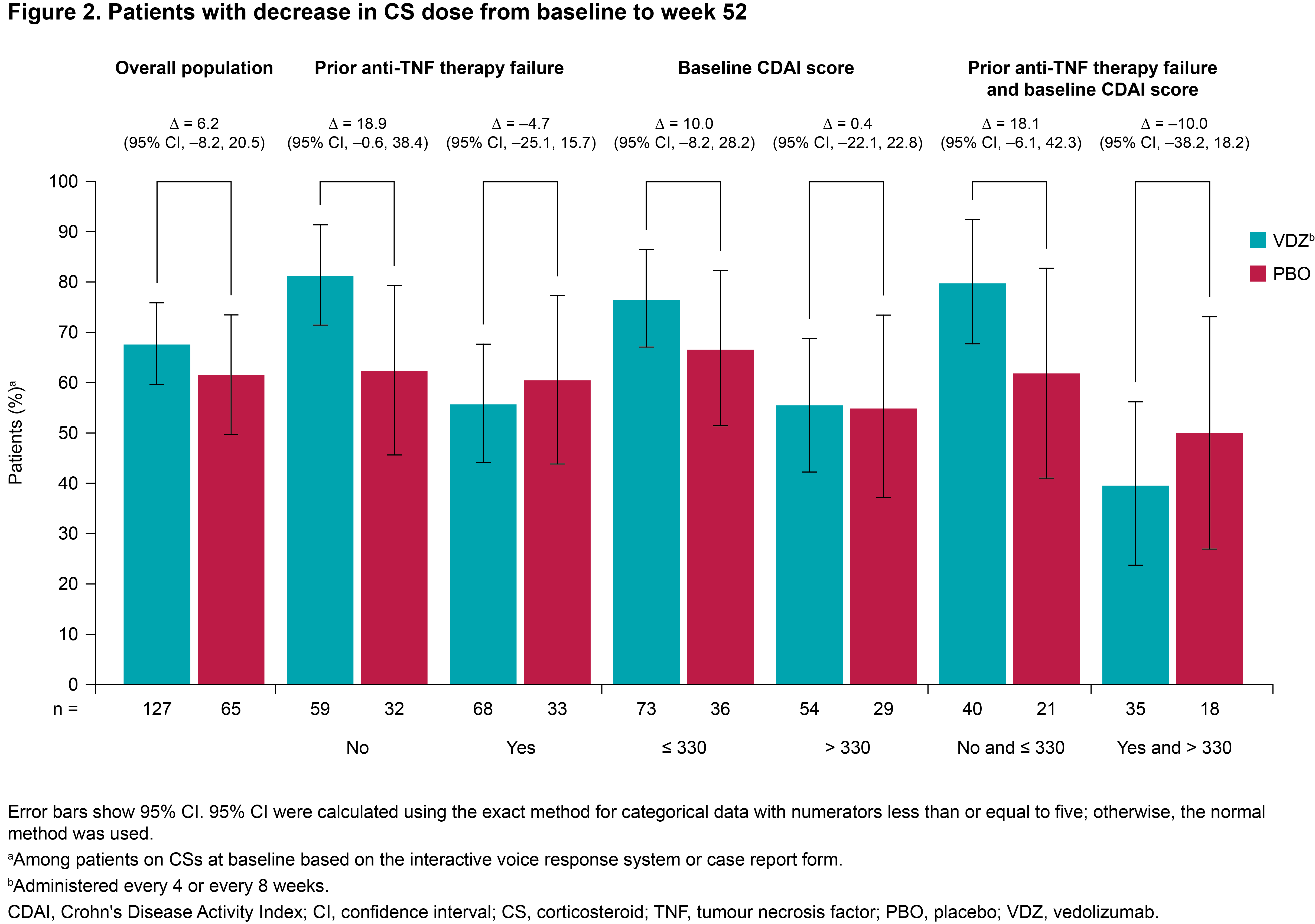 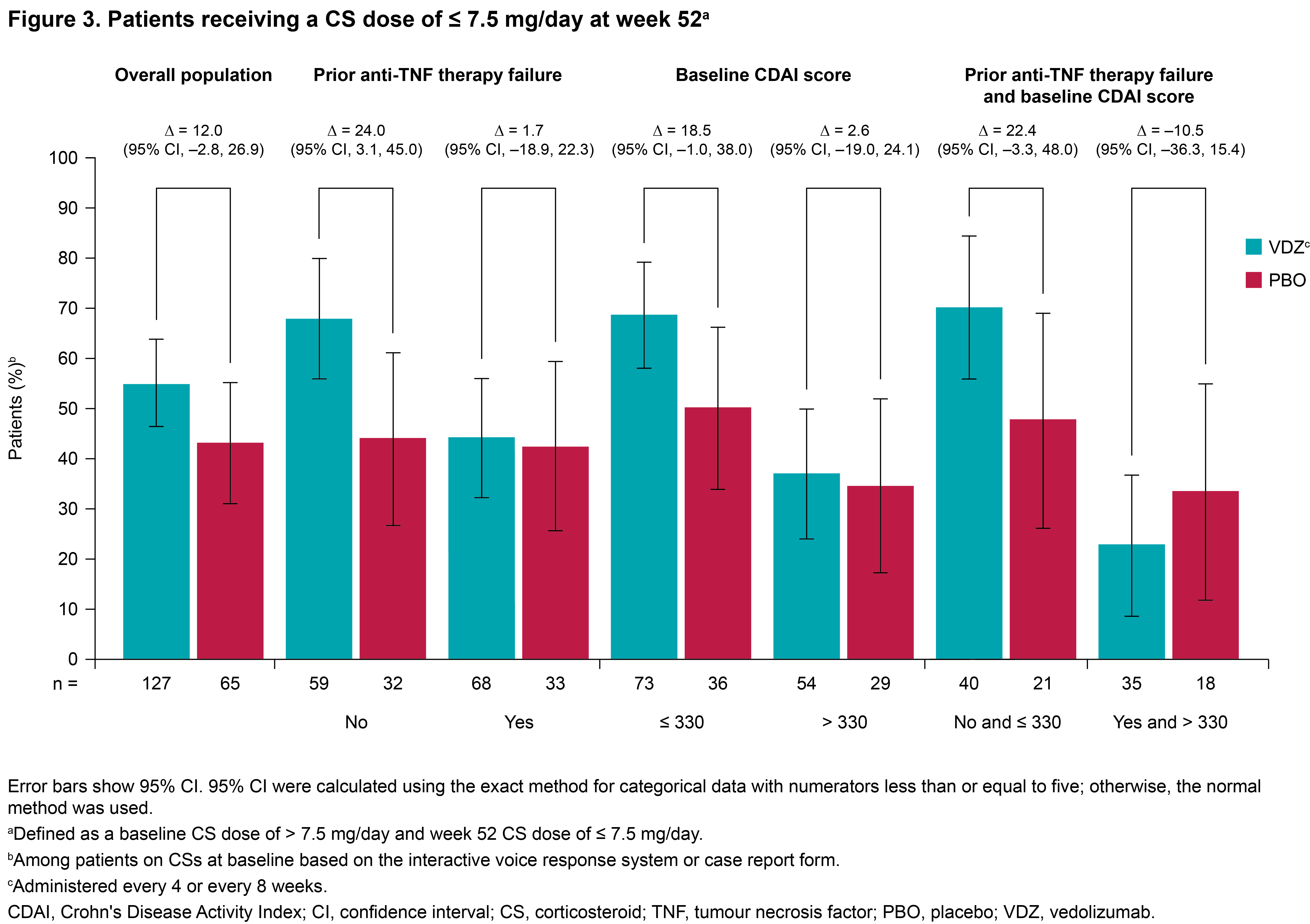