P510 Postoperative enterocoutaneous fistula after surgery for Crohn’s disease performed in a tertiary centre over 15 years: analysis of the long-term outcomes and predictors of fistula closure

Patients with Crohn’s disease (CD) have an increased risk to develop enterocoutaneous fistula (ECF) after surgery. Although conservative therapy could be advisable, in some cases surgery is unavoidable, despite there might be greater risks of intestinal failure associated with redo surgery.

CD patients affected by postoperative ECF (within 90 days from surgery) between 2004 and 2020, and followed for at least 3 months after the onset of the ECF, were retrospectively included. Variables were presented as median (range) or number (%).Chi-square, Fisher's exact and Wilcoxon rank sum tests were used as appropriate. The Kaplan-Meier method was performed to analyse the rate of ECF closure over the follow-up time, and to compare the outcome between subgroups of patients.

Eighteen patients were included in the study. The perioperative variables are reported in Figure 1. 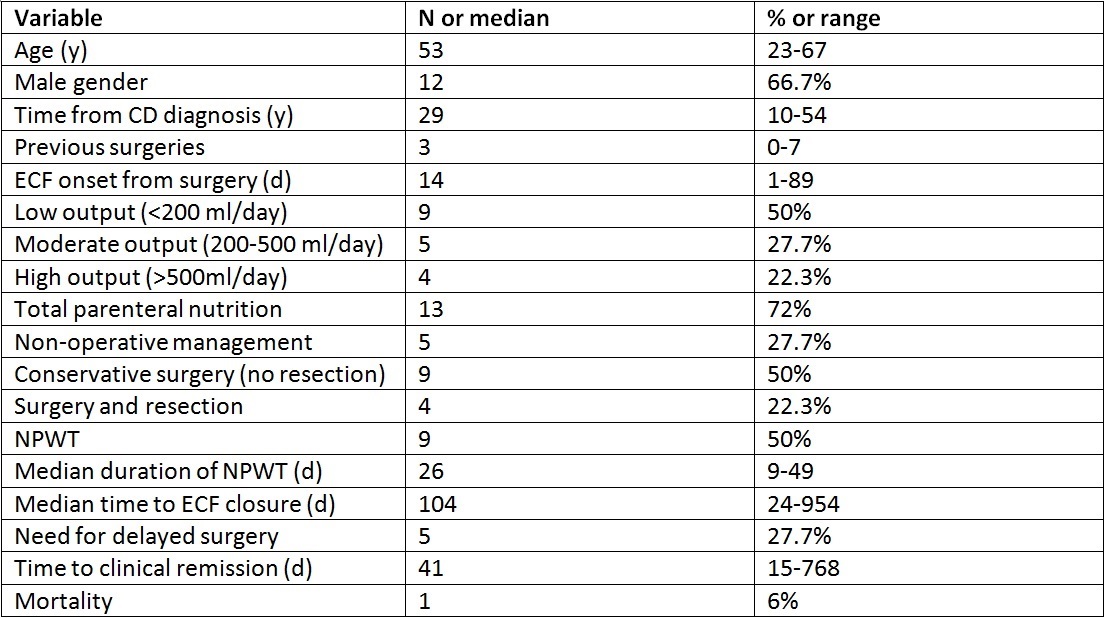 The median follow-up time was 29.5 months (range 0-204), and the median time to ECF closure was 104 days (24-954), although a clinical remission (defined as an ECG non requiring hospitalization) was obtained after a median time of 41 days (15-768). The comparison of the rates of ECF closure between subgroups of patients over the follow-up are reported in Figure 2 and 3. 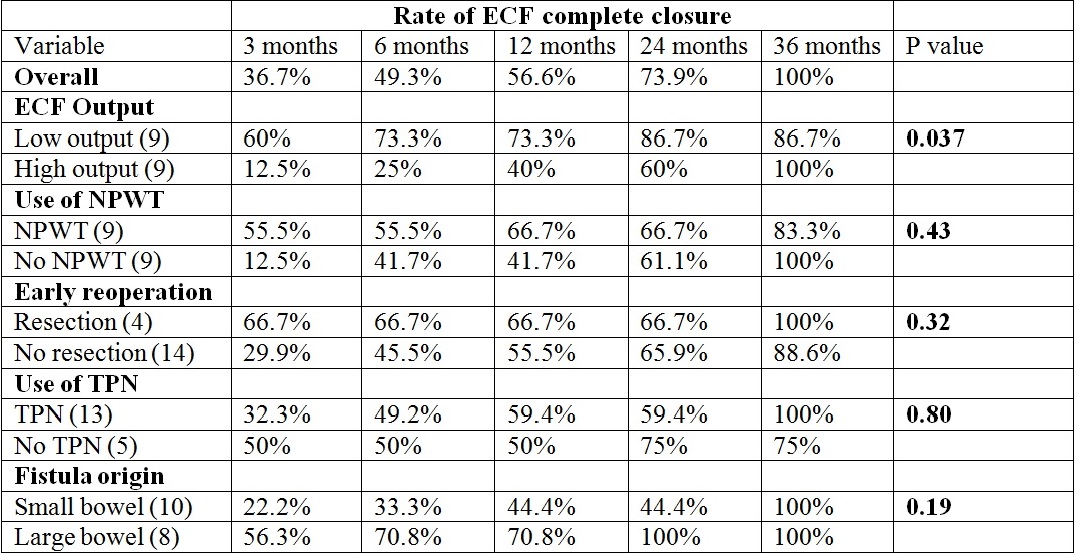 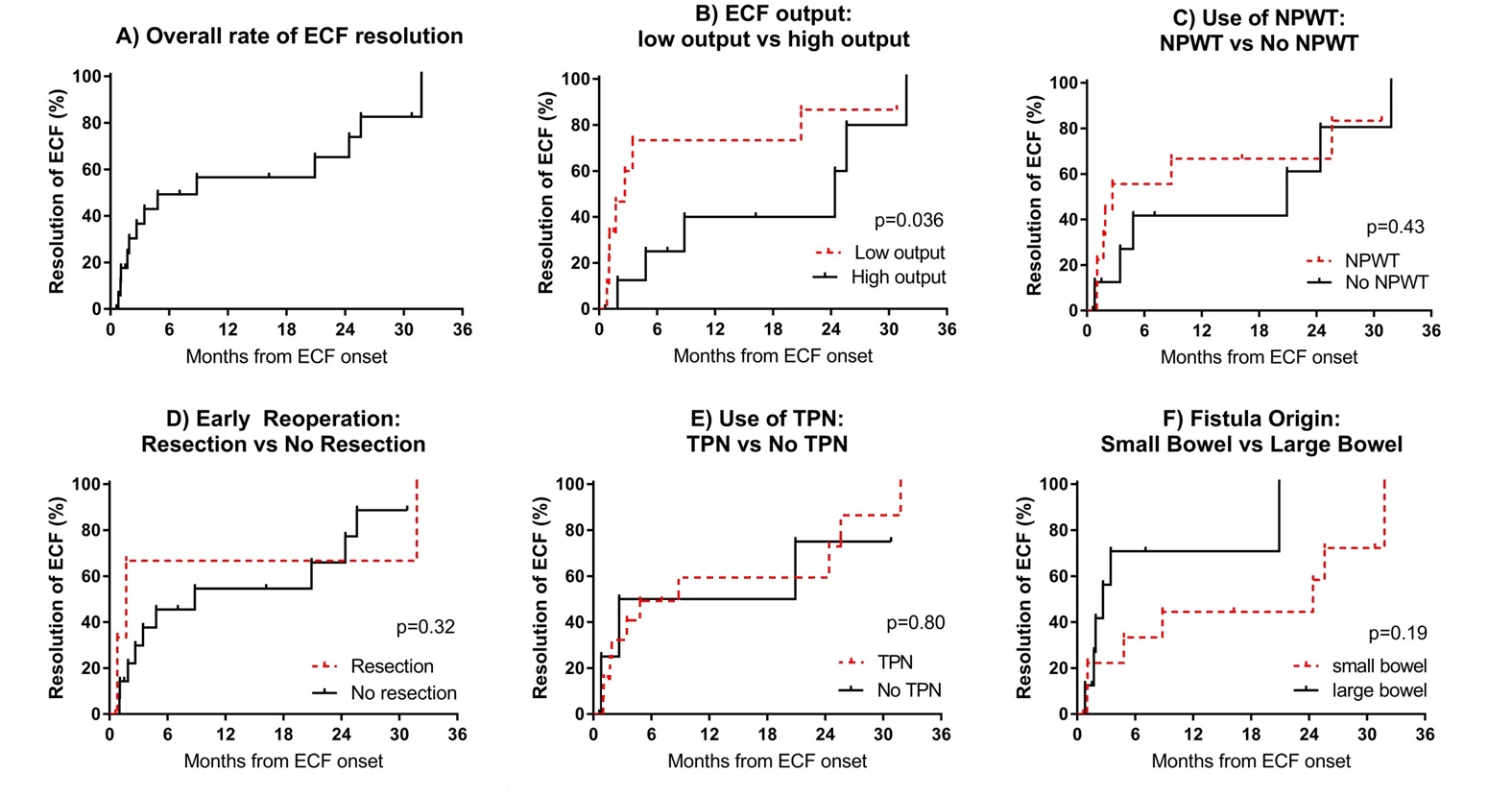 The ECF output is the only variable which is significantly associated with the rate of ECF closure. The origin of ECF from an ileo-colic or a colo-colic anastomosis seems to be associated with a faster progression towards fistula healing as compared to an origin from the small bowel (ECF closure at 3 and 6 months: 56.3% vs 22.2% and 70.8% vs 33.3%, respectively; p=0.19). The use of NPWT and, when feasible, an early surgical treatment, might increase the chance of ECF closure within 3 months (55.5% vs 12.5%, p=0.43 and 66.7% vs 29.9%, p=0.32, respectively).
Although postoperative ECF represents a challenging complication in CD, the present study shows that a complete closure is obtainable in the long-term in all patients treated in a referral centre.