P529 Adalimumab persistence and its biosimilar in inflammatory bowel disease: experience in a tertiary centre

Adalimumab biosimilars experience in real practice is still limited. Some changes in efficacy, safety, adherence or tolerance in comparison with the original could lead to a cessation of this drug. We propose the use of persistence as a reliable parameter to report the absence of drug withdrawal. To date, there are no studies specifically about the persistence of these biosimilars compared to the original and this project aimed to analyze it, in addition to advance concerning safety.

We performed a retrospective study with 104 patients from our hospital, consecutively selected between 2018-20. Data were obtained from the digital medical record. The primary outcome measure was persistence during 1 year, represented in Kaplan-Meier analysis. We gathered secondary endpoints such as the treatment-emergent adverse events (TEAE), clinical efficacy, serum biomarkers such as protein-C-reactive (CRP) and faecal calprotectin (FC). Were considered mild TEAE which did not require its withdrawal and we were considered severe those which led to discontinuing the drug, needed hospital admission or specialized care.

Clinical response was considered according to Harvey–Bradshaw Index (HBI) (decrease ≥3 below the baseline) or Partial Mayo Index (PMS)( ≤ 2 points below baseline). We considered p < 0.05 as statistical significance.

Our sample included 104 patients divided into 3 groups: 50 received biosimilar (A), 29 original (B), and 25 started with biosimilar but previously had received original (were “denominated mixed group”)(C). The persistence of group A was higher (p =0.04) while concerning adverse reactions, no differences were obtained about mild and there were differences in severe ones (p = 0.009). Group C obtained higher severe TEAE. The inflammatory biomarkers were reduced in a similar proportion in the 3 groups, and 43% had a clinical response to Adalimumab at week 20 without differences between them. 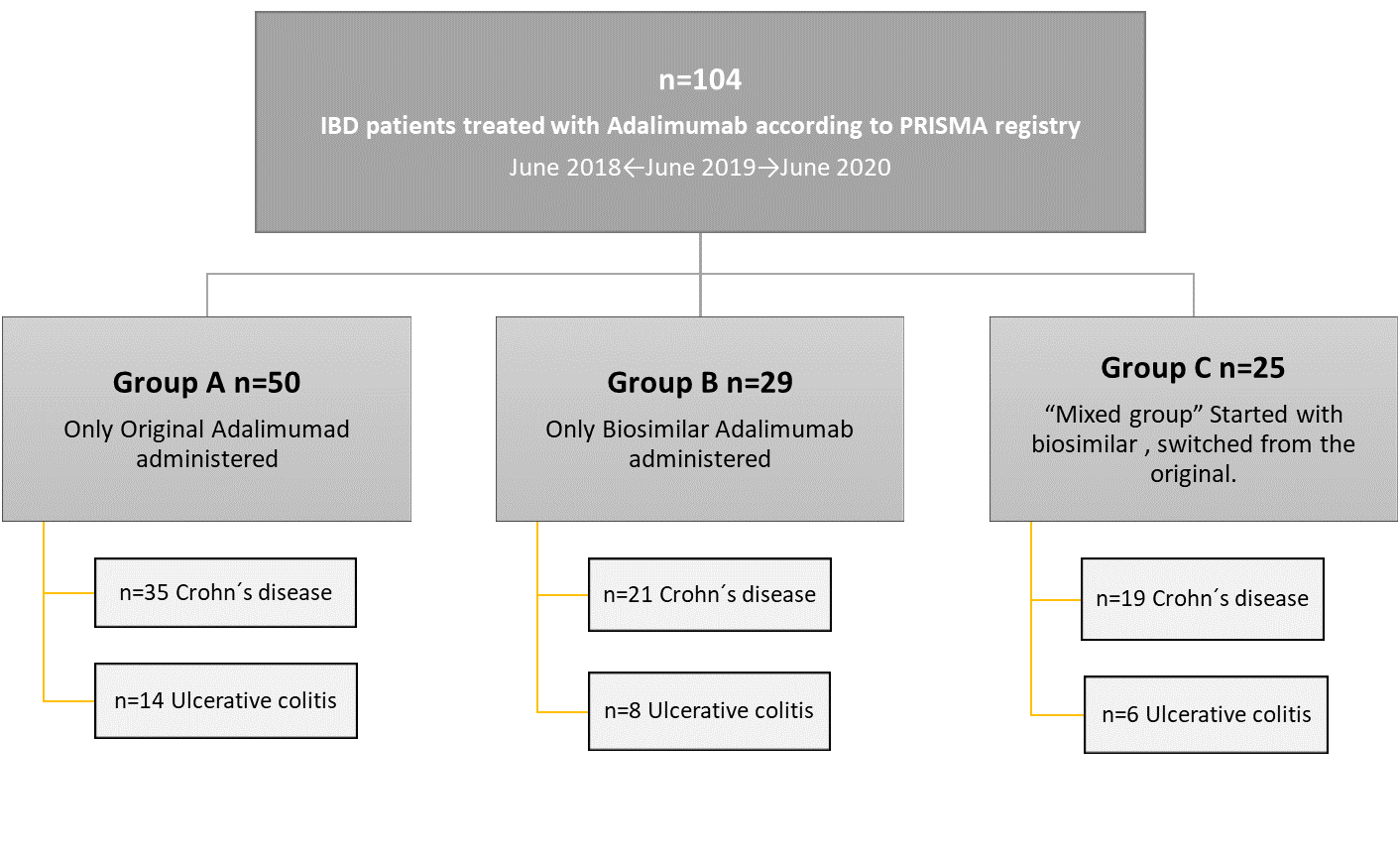 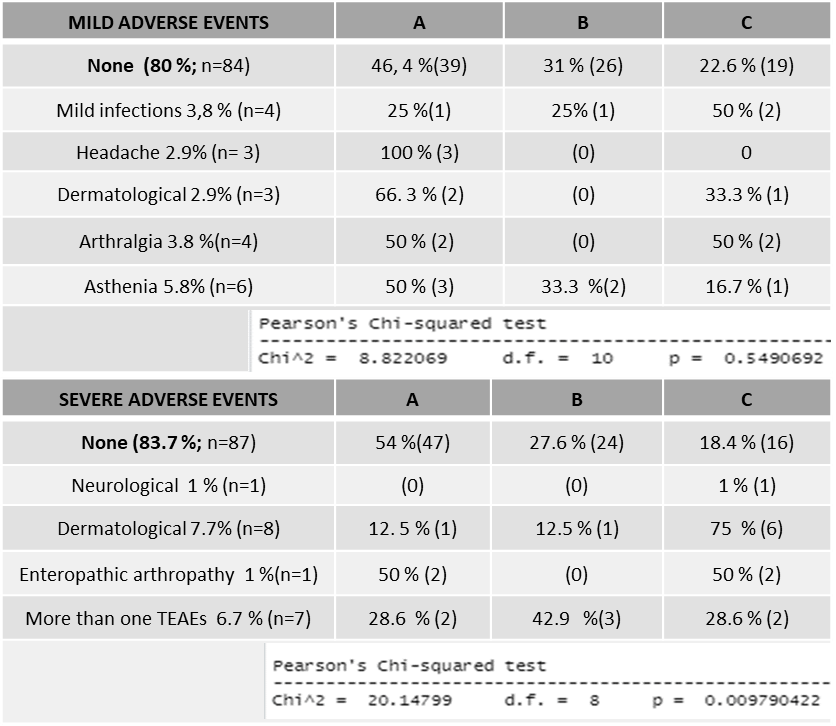 According to our study, patients who received exclusive biosimilar presented a higher persistence. Regarding safety, biosimilars are safe with a similar profile in comparison to the reference drug in most clinical settings. However, based on our data, the switch within the same active principle (from original to biosimilar) could generate interferences in the clinical results and could cause the appearance of TEAEs that would suppose drug withdrawal. These aspects are related to the nocebo effect, and our advice is to avoid this strategy to minimize these negative effects of therapy switch. Further research is needed to improve the knowledge about adalimumab biosimilars with longer follow-up and with larger cohorts including multicentric researches.