P536 Effectiveness, safety and persistence of treatment with ustekinumab in a cohort of patients with moderate-to-severe refractory Crohn's Disease.

Ustekinumab has proved its efficacy and safety in moderate-to-severe Crohn´s disease (CD). However, the real practice setting differs from clinical trials. Our aim was to evaluate the effectiveness and safety of ustekinumab in a cohort of real-life practice patients with CD mostly refractory to anti-TNF α agents.

Observational retrospective single-center study. All patients undergoing treatment with ustekinumab at the Digestive Diseases Department of the Regional University Hospital of Málaga and at least 16 weeks of follow-up after induction were included. The primary outcome was steroid-free clinical remission (Harvey-Bradshaw Index ≤4) at 24 and 52 weeks. Secondary objectives were combined biological remission (fecal calprotectin levels <250 mcg/g and C-reactive protein <10 mg/dl), safety and persistence of ustekinumab during the follow-up period.

A total of 89 patients with CD treated with ustekinumab (59,6% women; median disease duration 10 years) were included. The median follow-up was 60 weeks and 55 patients reached one year of follow-up. A 39,3% of the patients had history of previous abdominal surgery and 27% had been treated with 2 or more biologics. A 25,8% and 12,4% of the patients were on steroids and immunosupresants at the induction. The percentages of steroid-free clinical remission at 24 and 52 weeks were 42% and 54% respectively (Figure 1). Combined biological remission at 24 and 52 weeks was achieved in 33% and 45% of the patients respectively. Ustekinumab persistence was 88% at 12 months of follow-up (Figure 2). There were 14 suspensions mainly due to lack of response. Only 13 adverse events were documented in 9 patients (11.5%), none of them serious.

Figure 1. Steroid-free clinical and biological remission percentages of ustekinumab at 16,24,52,76 and 104 weeks. 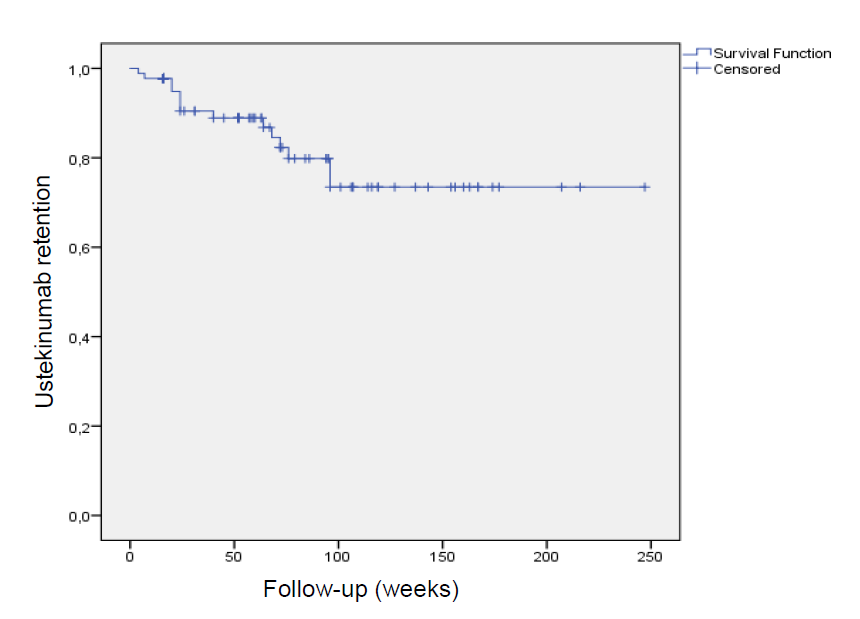 Figure 2. Kaplan-Meier curve showing the durability of ustekinumab throughout the follow-up period.

Ustekinumab was effective and safe in a high proportion of patients with CD that were resistant to conventional immunosuppressant and antitumor necrosis factor drugs in this real-life practice cohort.