The natural history of patients with Montreal classification A2 group is well studied. Available studies on disease characteristics at extreme ages, which form 10%-25% of patients with IBD, focused on pediatric or elderly population, but not all age groups together.1
We aimed to compare the disease characteristics of pediatric- (≤16 years, P) and elderly- (≥60 years, E) onset IBD with 17-59Y middle aged group (M).

266 consecutive patients with IBD were divided into 3 groups according to age of onset. Information about disease location, extent, behavior and need for immunosuppressants / biologics and surgery was entered in pro-forma.

The table shows details of 258 (P 46, M 170, E 42) patients. 8 IBD-unclassified patients were not included in the analysis as numbers were too small to compare the differences. 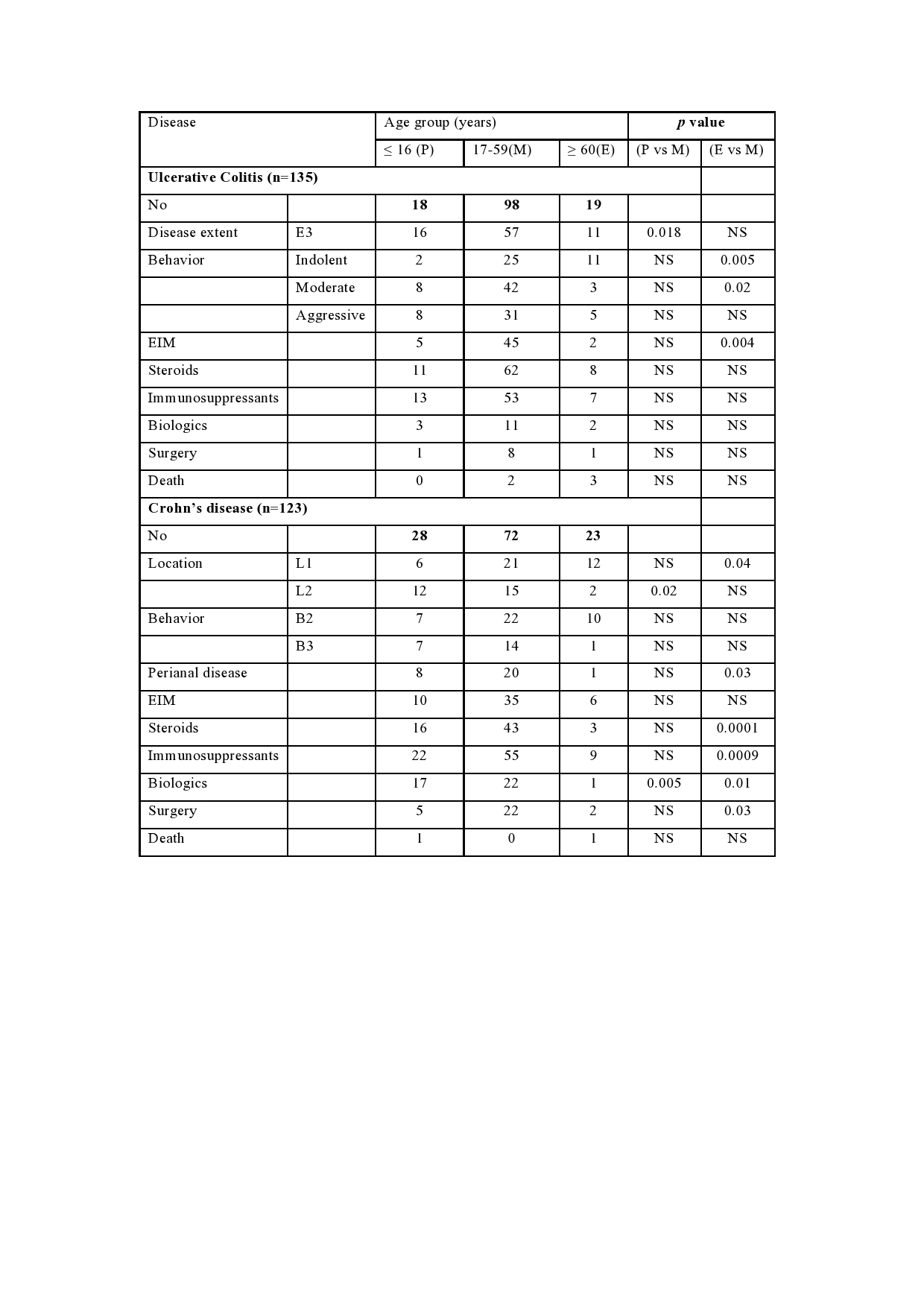