The aim of this study is to evaluate the heterogeneity in the treatment used and the outcomes (rate of hospitalization and surgery) for Crohn’s disease (CD) in the different health areas of Catalonia.

All patients with CD included in the Catalan Health Surveillance System (CHSS) including data on more than 7 million individuals from 2011 to 2017 were identified using with the ICD-9-CM codes. The different Catalonian health areas were grouped into 19 groups according to the reference hospital (figure 1). Exposures to different treatments were retrieved from the electronic dispensation records.

Data on hospitalizations and surgeries were also extracted from the CHSS according to ICD-9-CM codes. Treatment used rates (systemic corticosteroids, non-biological and biological immunosuppressant) and outcome rates (hospitalization and surgery) were calculated. 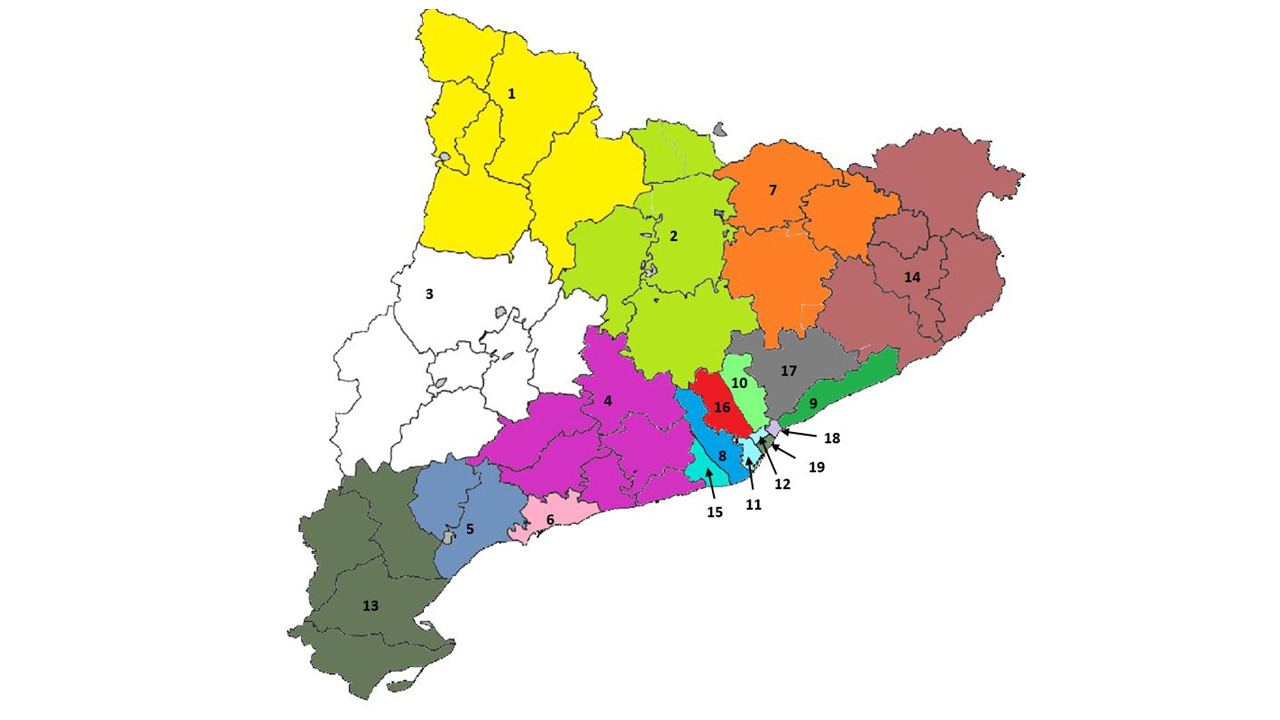 Surgical treatment (both resections and ostomies) remained stable over time. Rates per year were between 1% and 2%. 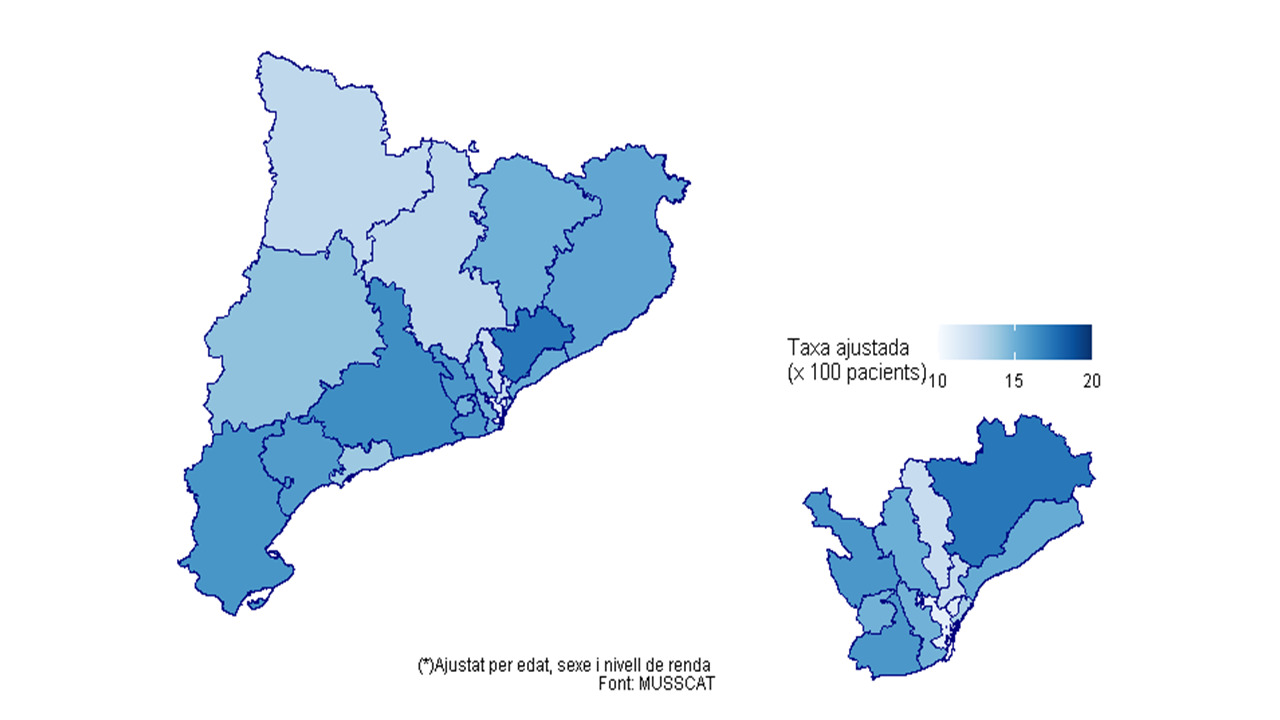 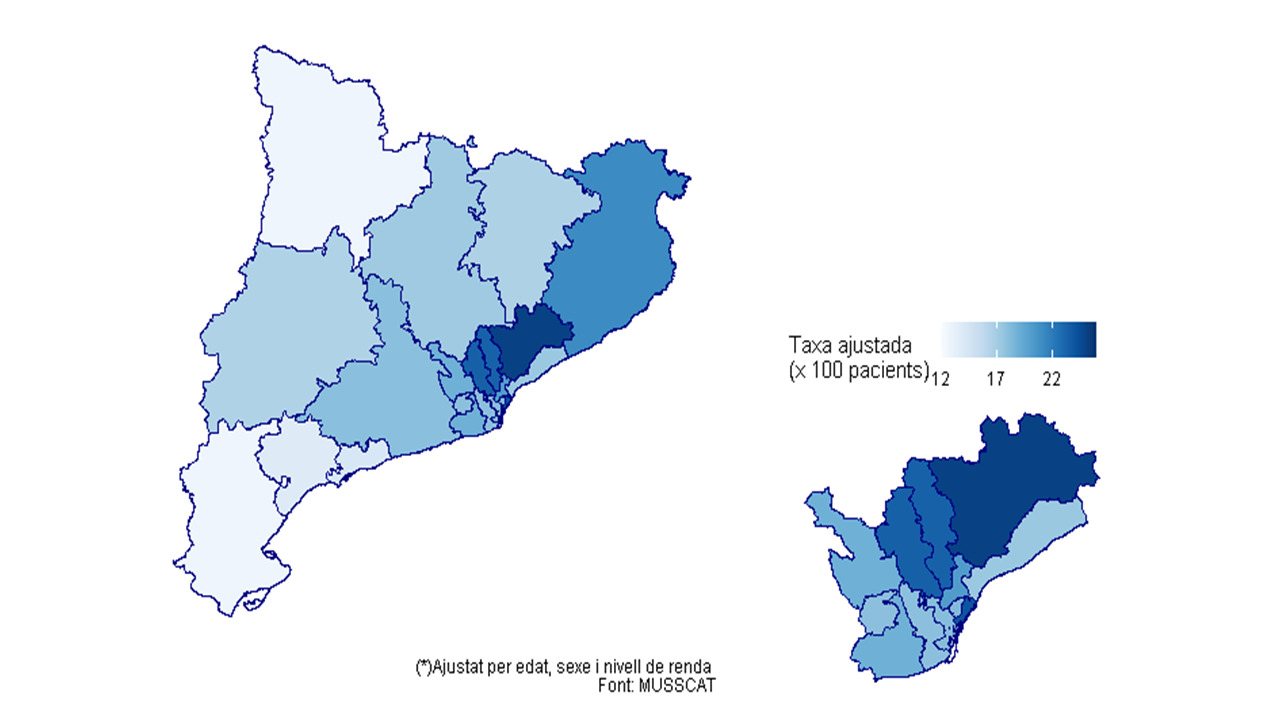 In this population study we appreciated an important heterogeneity in the use of non-biological and biological immunosuppressant treatments, identifying use rates of almost the double in some of the areas. There is also a remarkable variability in the rate of hospitalizations for CD between certain areas of Catalan territory.