Correlation networks are employed to assess the interactions between different bacteria. The aim of this study was to assess which bacterial species had central positions in a network analysis in faecal samples of patients with IBD who are in remission.

The fecal microbiota of 98 Maltese patients with IBD who were in remission and a control group (97 controls) were analyzed by 16S rRNA sequencing.
To generate co-abundance networks the SparCC algorithm as implemented in mothur was employed (50 samplings, 100 iterations, 10,000 permutations) based on Amplicon sequence variants (ASV) abundances (shared among 10% samples) at a P-value cutoff of PFDR≤0.05 and a correlation strength above the median of non-zero correlations.

Correlation network analysis identified two flavonoid-degrading bacteria to be more important than expected by chance. Flavonifractor plautii (previously known as Clostridium Orbiscindens and Eubacterium plautii) which associated to IBD more than to controls and Eggertella lenta, which associated to patients with Ulcerative colitis (UC), had a high network importance on several levels, with a very central position (betweenness) and many associations to other community members (node degree), which are themselves important mediators (PageRank®) (Figure 1) Other bacteria occupying highly central positions in the community network included Oscillibacter uncl., Alistipes shahii and members of the order Clostridiales. These associated to controls and are known butyrate producers, usually associated with a beneficial effect on gut homeostasis. Eigenvalue centrality identified a strongly correlated group of Enterobacteriaceae. 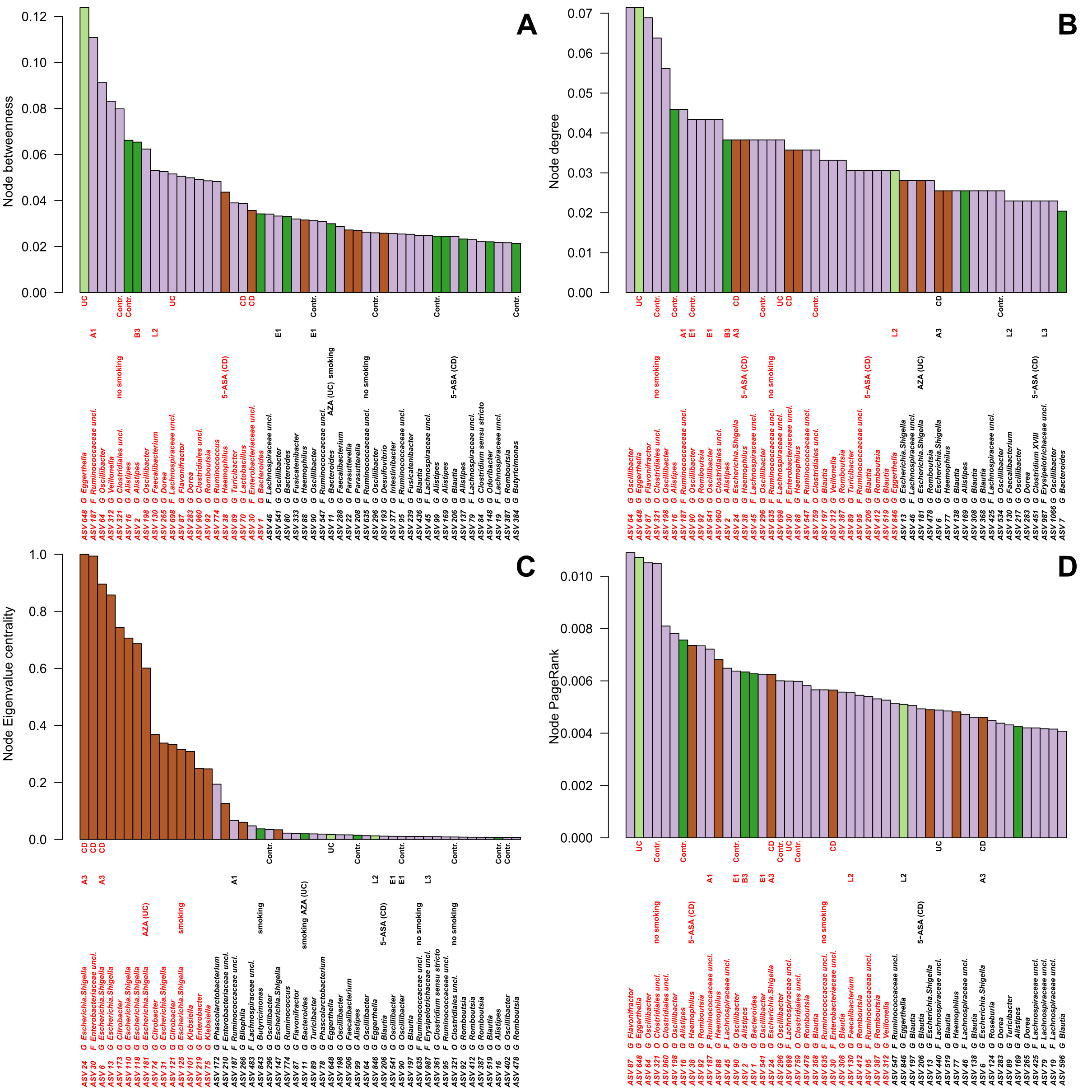 Figure 1: The barplots show the top 50 bacteria within the network based on their centrality measures (Betweenness, Degree, Eigenvalue centrality, PageRank).

Highlighted in red are network members with a higher importance than expected by chance, based on a Z-test against 10’000 randomized networks (P ≤ 0.05). Highlighted as well are the associations of the respective ASVs to various factors, as detected by indicator species analysis (p≤0.05).

Flavonoids have been described to have anti-inflammatory properties and flavonoid-degrading bacteria have been associated with the prevention of malignancy, cardiovascular disease, diabetes type 2 and cognitive decline. In mice studies, oral administration of Flavinofractor plautii was noted to suppress Th2 immune responses. Thus, one may postulate that their presence may be important in the maintenance of IBD, although in a state of remission. Future studies should provide more evidence on their role and whether the colonization of flavonoid degrading bacteria can induce remission or conversely increase chronicity or severity of IBD.