Crohn’s disease (CD) may affect the entire gut but the composition and optimal sampling of the small intestinal microbiome are understudied. We assessed the variation in small intestinal luminal and mucosal microbiota in CD compared to healthy volunteers (HV) and functional dyspepsia (FD) patients.

A total of 99 participants (21 CD, 48 FD and 30 HV) with similar demographics were included. Only sampling type and subject were associated with duodenal community variation (table). Transversal variation was also evident from the more significant clustering for sampling type vs. groups (fig 1). Within CD, sampling type (8.5%) and location (17.8%, both p=.005) but not treatment or inflammation were associated with community variation. Duodenal α-diversity of brushes was lower vs. biopsies (p<2*10-9) and higher in CD vs. controls (fig 2). Compared to untreated subjects, α-diversity was lower with PPI in brushes (fig 3) and higher with IS in biopsies (CD) (fig 4). The 42 differentially abundant genera between sampling types of the duodenum were largely shared between groups vs. only 3 different genera for the ileum (CD). In CD, regional differences were found for 24 genera in brushes vs. only 6 in biopsies, with inflammation driving minor changes in brush and not biopsy samples of the duodenum only.

Small intestinal microbiota variation is significant, especially between duodenal luminal and mucosal communities. Luminal α-diversity was highest in CD but lower than that of the mucosa with an effect of treatment. Despite regional variation, mucosal genera profiles were more conserved and less affected by inflammation in CD. 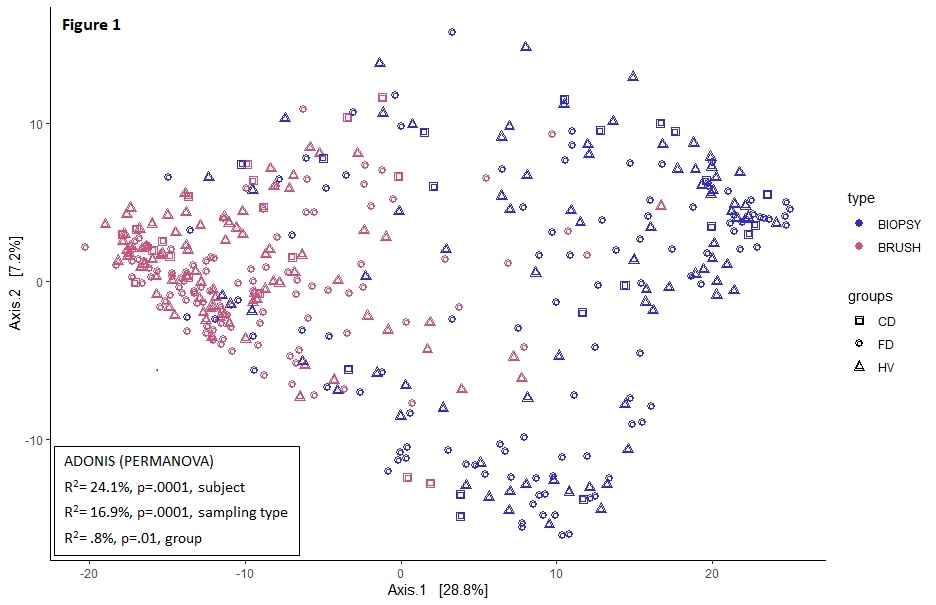 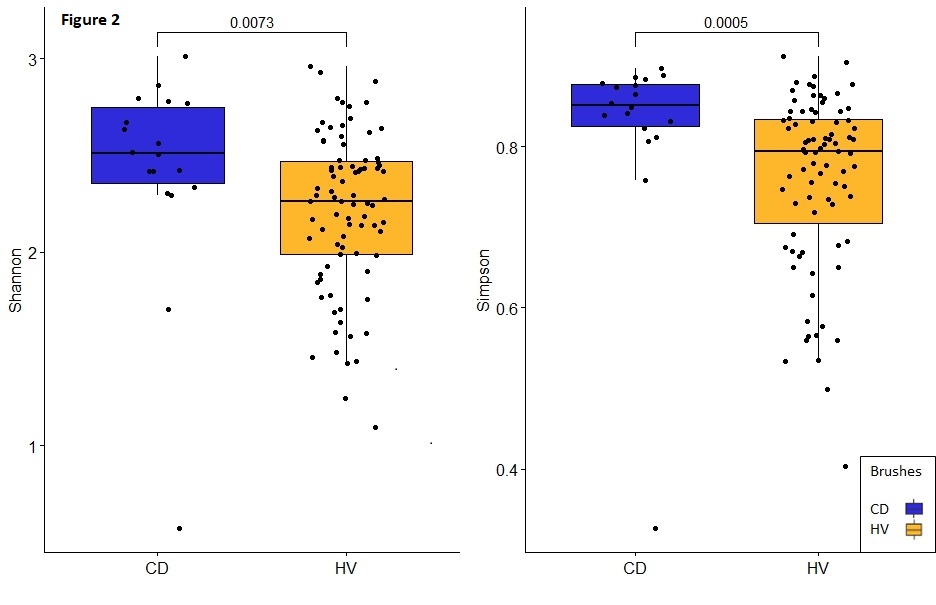 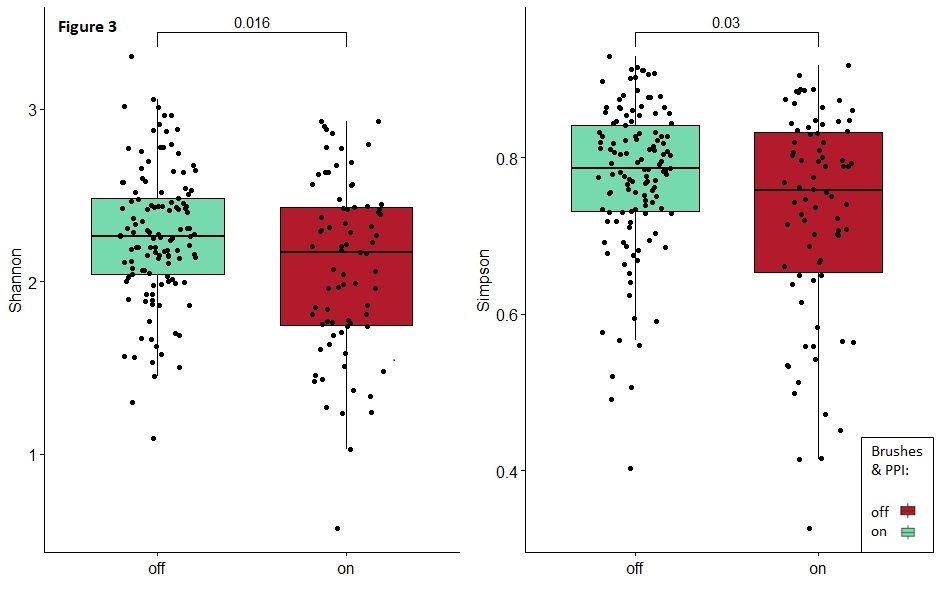 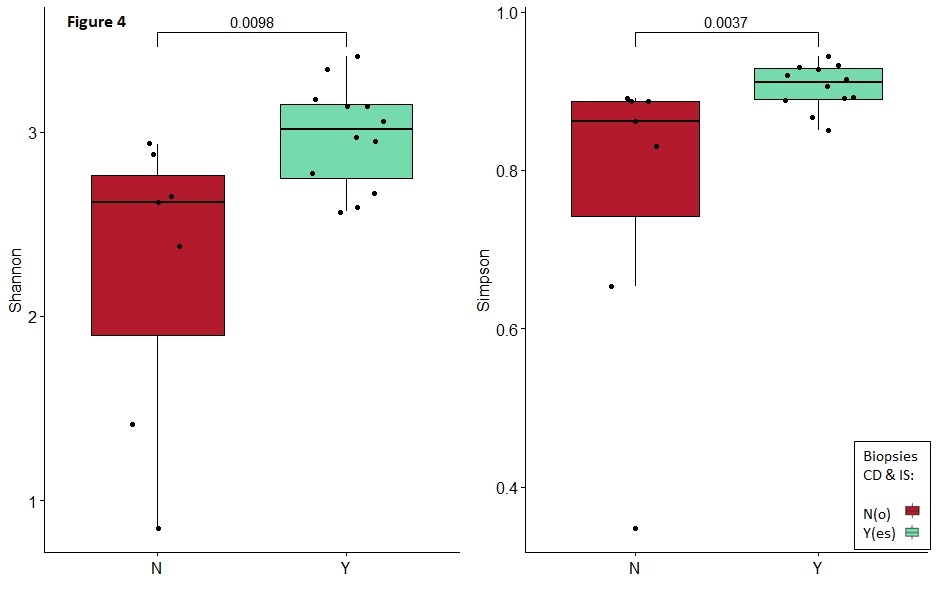