Dysbiosis in patients with active IBD has been described in many studies and populations. There is, however, minimal data on whether dysbiosis persists during remission and the extent to which it does. The aim of this study was to assess the gut microbiota in Maltese IBD patients who are in remission as compared to a healthy control population.

Stool samples of patients with IBD in remission and healthy controls were analyzed by 16S rRNA sequencing. High quality Amplicon sequence variants (ASV) were derived and classified via DADA2.

Ninety-eight patients with IBD (UC: 67.3%; CD: 32.7%) and 97 controls were recruited. Patients with IBD had a decrease in alpha diversity compared to healthy controls (Figure 1) with significant differences in beta diversity (Bray-Curtis dissimilarity, Jaccard distance and Generalized UniFrac distance: all p=0.0001). At the phylum level, abundances differed significantly with respect to health condition (Figure 2). Twenty-five ASVs that were differentially abundant between the different cohorts were identified (Table 1); 13 being over abundant in healthy individuals, while 6 being least abundant among controls. In both CD and UC, 3 different ASVs were found to be more abundant. 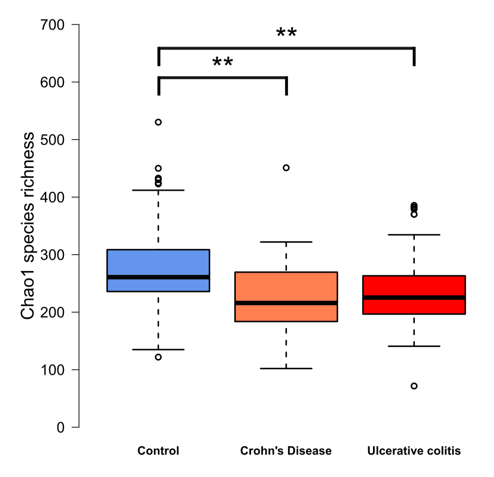 Figure 1: Alpha diversity via the Chao1 species richness in the different cohorts ** = P ≤ 0.01 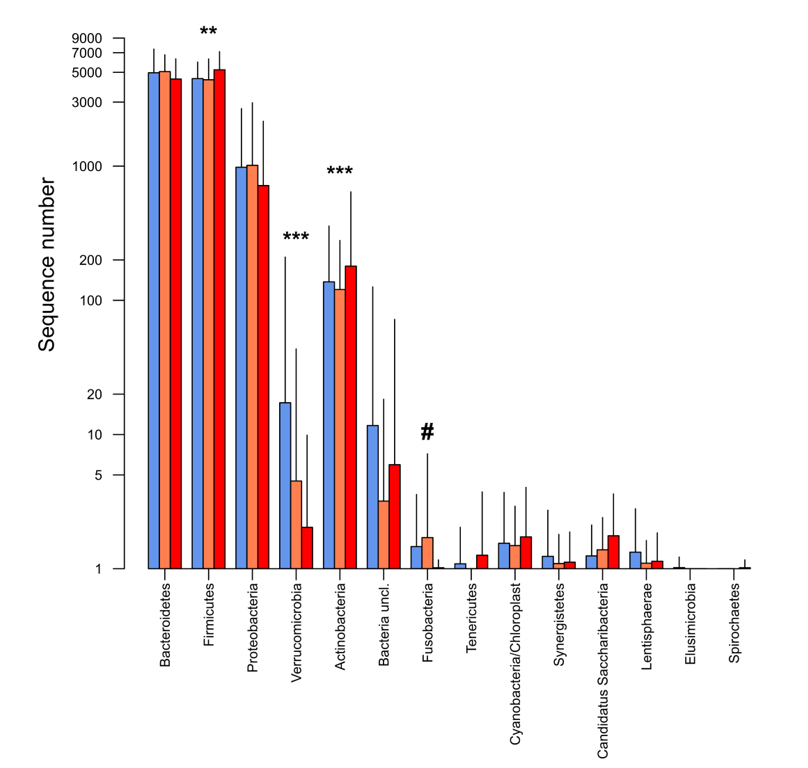 Despite remission, the faecal gut microbiota in IBD is dysbiotic. Future studies could be directed at assessing whether species identified as being more abundant in controls can be used as probiotics to either reduce or be able to stop the standard medications.