The baseline characteristics of women with and without IBD were comparable (Table). The cytokine profiles were significantly correlated between paired breast milk samples from consecutive pregnancies compared to unpaired breast milk samples from women with or without IBD. The overall correlations of cytokine profiles in paired IBD pregnancies were significantly higher than the controls (Figure). 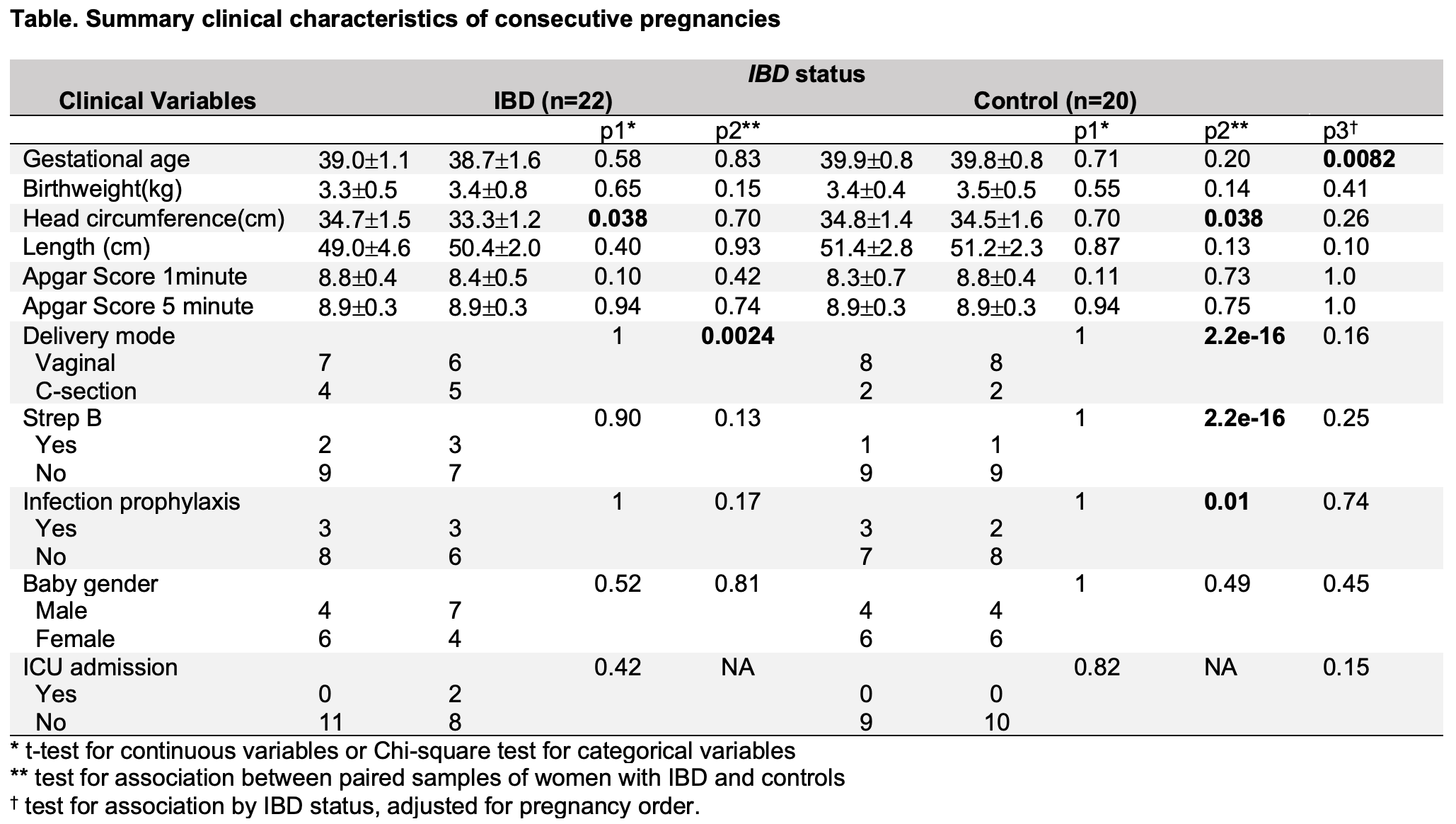 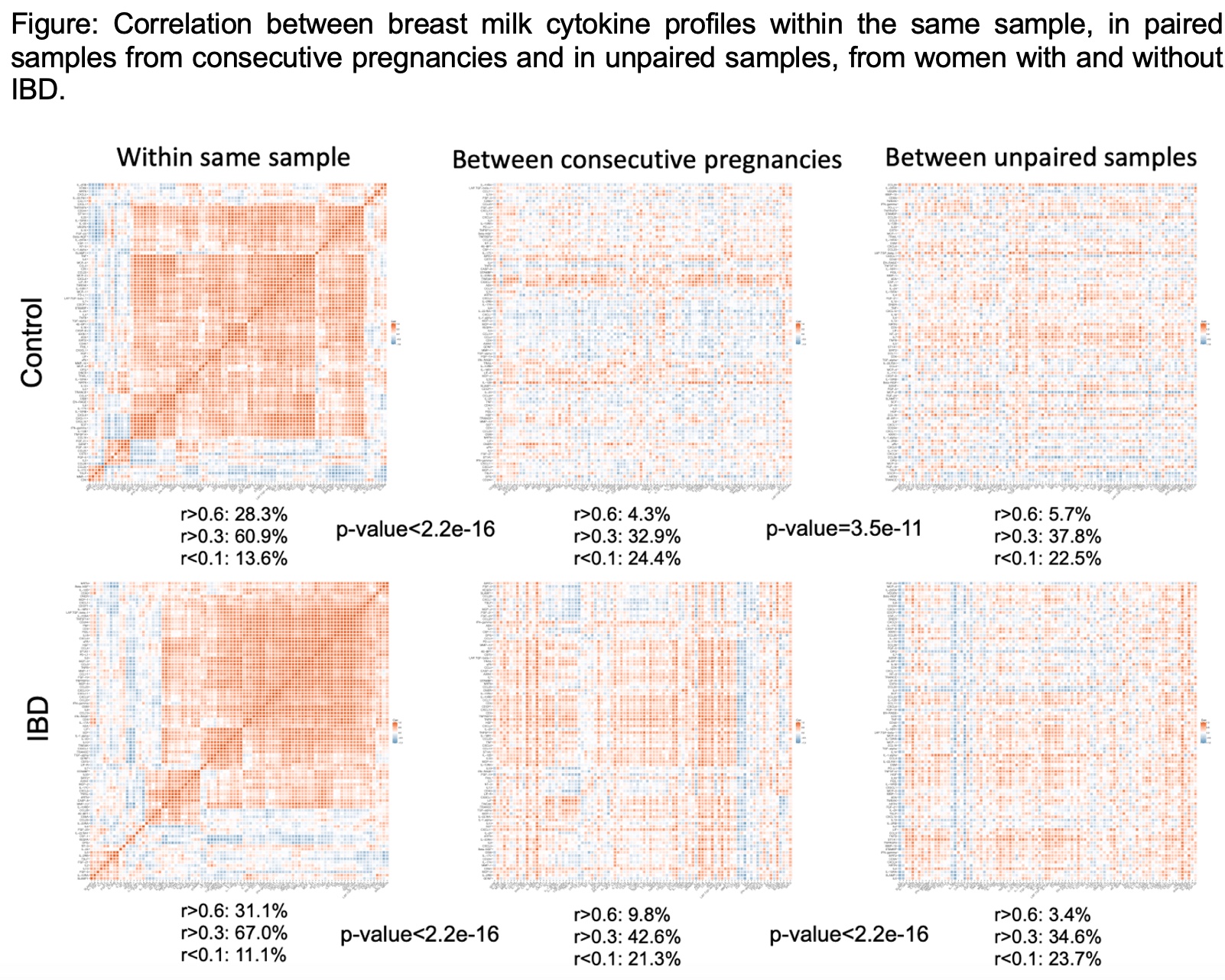 Our pilot study results suggest that the breast milk cytokine signatures are more conserved in consecutive pregnancies of women with IBD compared to those without IBD. Future analysis will test if our findings have implications toward familial clustering of immune functions in offspring.