The lack of interaction between immune system cells and microbiota is considered a key driver of the pathogenesis of inflammatory bowel disease (IBD). The association of age-associated B cells (ABC) from antigen-experienced B cells and autoimmunity is now well established. The increased demands in lipid metabolism during immune response and cell activation upon autoimmune signals leads to lipid tag modifications of proteins. In IBD patients, we observed an impairment of B cell development, identifying a transitional B cell subset expressing CD38Hi, CD24Hi and CD19+. We hypothesize that metabolic alterations of proteins and lipids during immune cell activation might be a relevant mechanism of autoimmune disease. 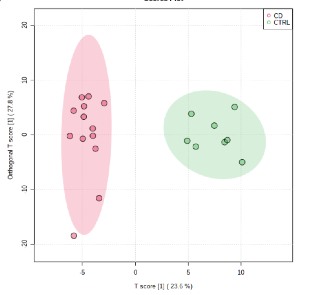 Fig. 1  Orthogonal-Partial Least Square-Discriminant Analysis (OPLS-DA) of the global NMR data of the serum samples of groups CD and CTRL.

Indeed, proteins associated with complement activation like Complement Factor 1 and Complement C1q subcomponent subunit B were differentially expressed in CD group. These results were confirmed by lipidomic analysis, in which palmitic (Fig. 2) as well as other candidate lipids were more abundant in IBD groups than CTRL. 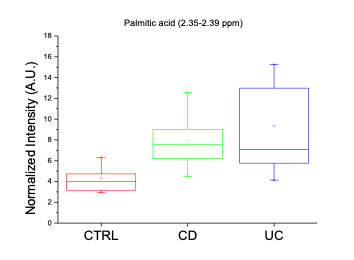 Fig2 Differences of palmitic acid concentration in CD and UC patients vs CTRL (Bonferroni test showed statistical difference between CTRL vs. CD and CTRL vs. UC with  p = 0.02 and p = 0.004 respectively).

Our study detected high levels of proteins regulating lipid metabolism and palmitic in IBD patients. This observation can be interpreted as part of deleterious alterations of proteins through palmitoylation during B-cell activation and might be a relevant mechanism of disease. Further exploration of palmitate catabolism might shed light to the mechanisms that result in immunometabolic disorders.