Crohn’s disease is a chronic inflammatory disorder of the gastrointestinal tract that affects approximately 15,000 people in Ireland. 10% of these patients will develop fibrostenosing disease, usually requiring surgery. There are currently no antifibrotic medications in use for the treatment of fibrostenosing CD.

Bile acids (BAs), produced in the liver and classically known for their roles in facilitating fat absorption from the diet, have previously been shown to have the capacity to regulate fibroblast activation and to exert protective effects against both hepatic fibrosis and intestinal inflammation. Therefore, altered mucosal fibroblast function in response to luminal BAs may be an important factor in the pathogenesis of fibrostenosing Crohn’s disease.

Our aim is to determine if treatment of fibroblasts under pro-fibrotic conditions with naturally occurring BAs decreases markers associated with fibrosis.

NIH/3T3, a murine fibroblast cell line, were treated with TGF-ß (5 ng/ml) to induce their activation and transition to myofibroblasts in the absence or presence of varying concentrations of the naturally-occurring BAs, deoxycholic acid (DCA) and ursodeoxycholic acid (UDCA) over 24 hours. qPCR was employed to determine expression of alpha-smooth muscle actin (aSMA), an important marker for ECM deposition and fibrosis. 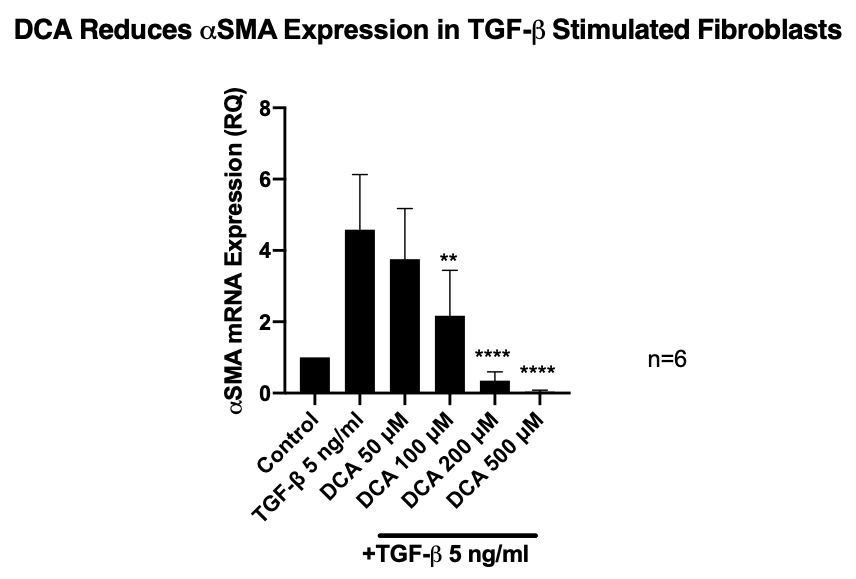 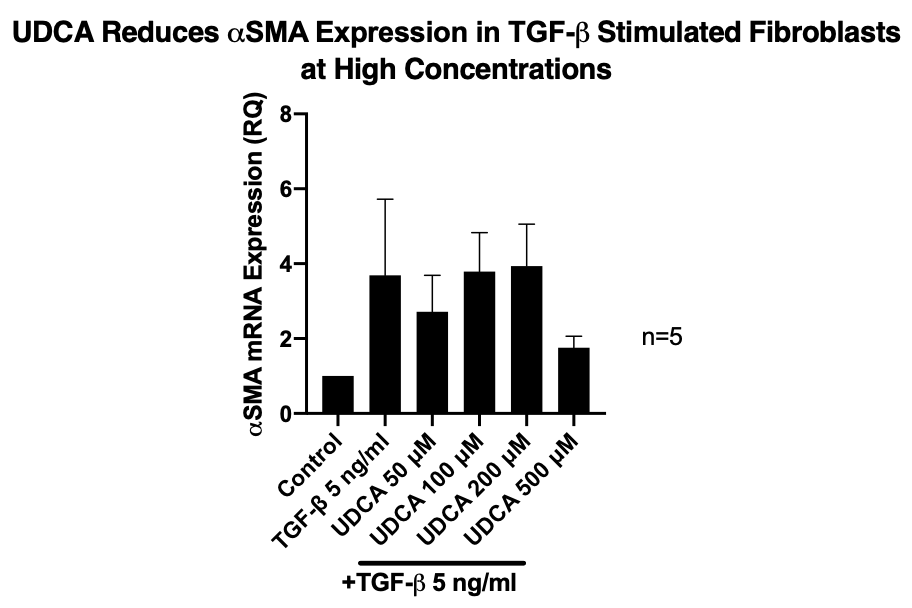 We have shown that treatment of fibroblasts under pro-fibrotic conditions with the BAs, DCA and UDCA, results in a significant decrease in aSMA expression. These data suggest that BAs represent a promising target for the development of new anti-fibrotic agents to treat/prevent fibrostenosing CD.