The importance of nutrition in IBD Management is increasingly recognised. Of course, the best evidence that nutrition deserves a place in IBD Treatment is the fact that exclusive enteral nutrition (EEN) is the primary treatment in children with active Crohn’s Disease (CD). In addition, some dietary patterns are associated with the outcomes in IBD, and recently it was shown that partial enteral nutrition, accompanied by a special CD exclusion diet, is as effective as EEN and brings into remission even those patients who fail on biologics.

D-ECCO’s mission is to promote research into diet and its role in the pathogenesis and treatment of IBD and to improve understanding of dietary therapy among physicians, nurses and dietitians. Furthermore, we want to increase the number of IBD centres that incorporate dedicated IBD Dietitians into their teams, a trend that has to date been witnessed in the United Kingdom and Israel, for example. Patients with IBD are often malnourished. Patients may experiment with their diet in response to symptoms, and the avoidance of food may further compromise their nutritional status. Therefore, dietitians should be a part of all multidisciplinary IBD teams. Physicians could play a key role in this; they should encourage their dietitians, nurses and everyone who wants to specialise in IBD to join D-ECCO and attend the D-ECCO Workshops and even the N-ECCO School. In Copenhagen, still only 1% of all attendees at the ECCO Congress were dietitians. However, the last D-ECCO Workshop had a record number of 140 participants from 29 countries who rated the workshop highly. Attendees included dietitians, IBD Nurses, physicians and clinical researchers.

Have a look at the 4th D-ECCO Workshop at the ECCO'19 Congress in Copenhagen: 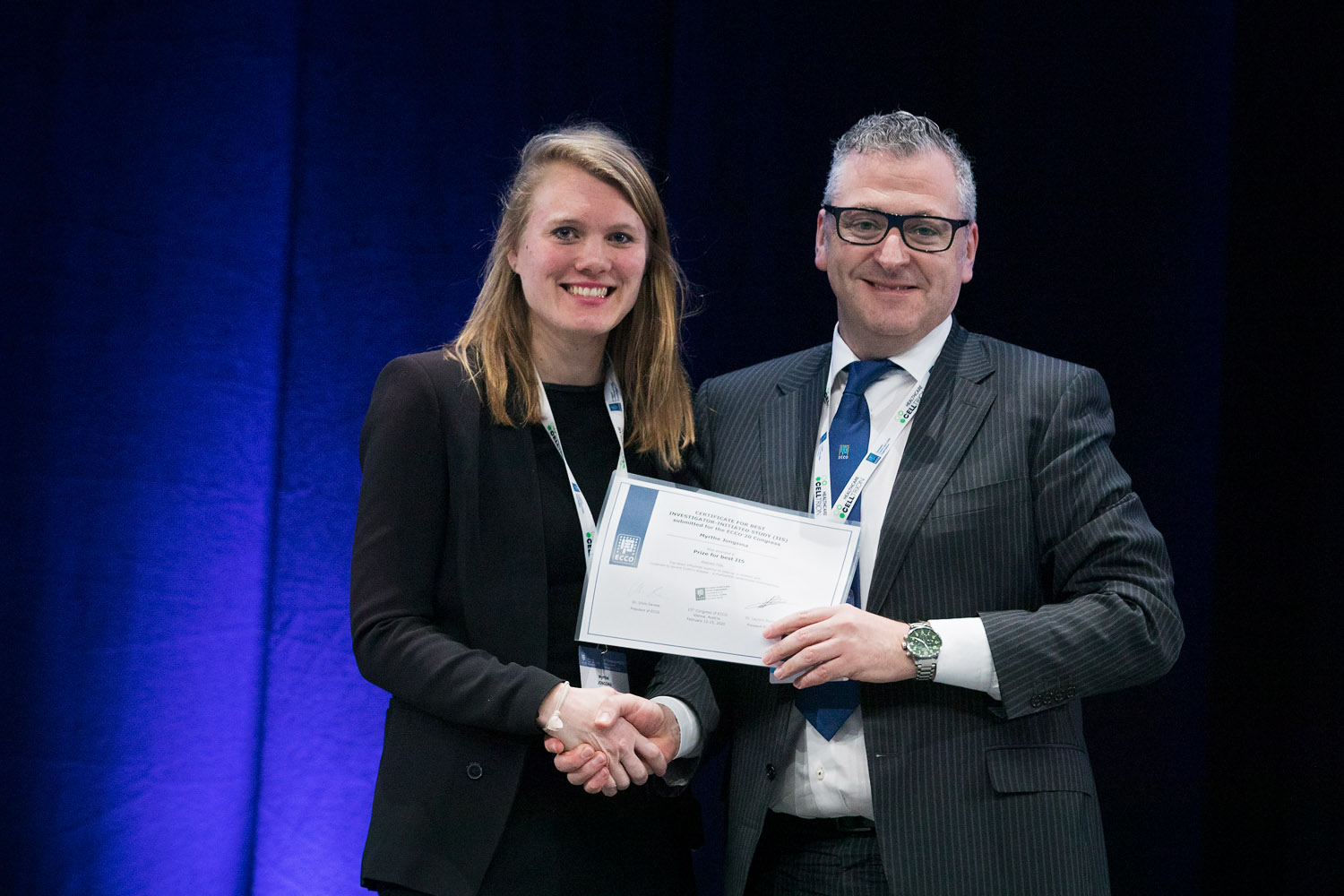 When submitting your abstract to ECCO Congress, do not forget to indicate if it is eligible for an IIS Abstract Award and win a free registration for the next ECCO Congress.

To achieve its mission, D-ECCO cooperates with N-ECCO since nurses and dietitians working in multidisciplinary teams often face the same problems and can learn from each other. Last year, D-ECCO cooperated with surgeons from S-ECCO in a Topical Review on “perioperative dietary therapy in IBD”. This review is planned to be published in June; an e-learning module on the topic is also being developed. For this year, a publication on the role of the dietitian in IBD is planned. In addition, D-ECCO is looking for funding opportunities to educate more dietitians.

During the 14th Congress of ECCO, three pioneer team members completed their tenure: Konstantinos Gerasimidis, Arie Levine and Rotem Sigall-Boneh, our outgoing Committee Chair. We are grateful for their efforts. Due to their hard work, D-ECCO earned its place as an official working group in October 2017. Luckily, we welcomed three new Committee Members: Lihi Godny (Israel), Eytan Wine (Canada) and Dearbhaile O’Hanlon (United Kingdom). Catherine Wall, who moved to New Zealand, will continue for her second year and Marjo Campmans-Kuijpers (the Netherlands) became the new D-ECCO Chair. 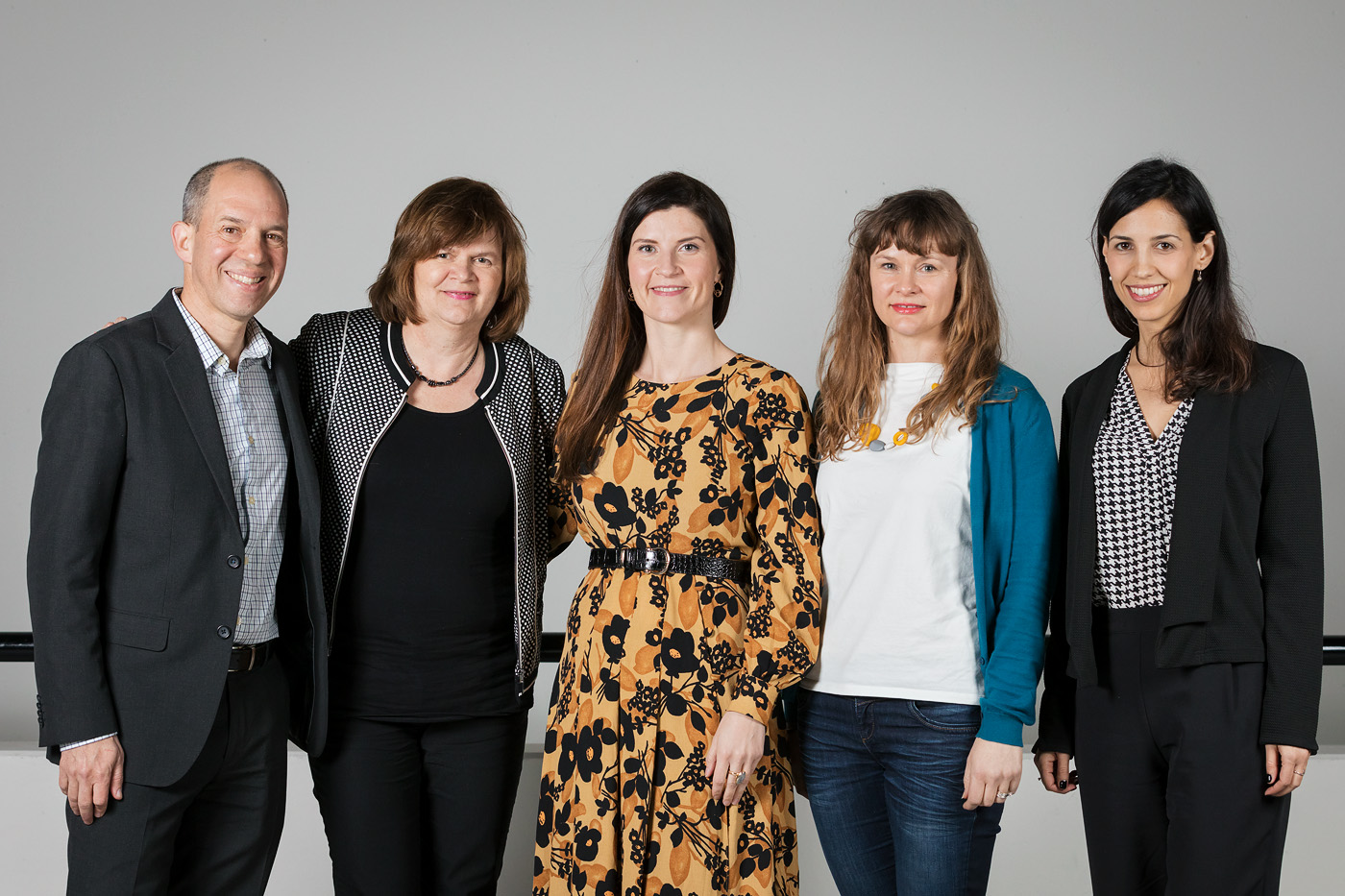 The fifth inspiring D-ECCO Workshop will take place at February 14, 2019 in Vienna. Here, the best nutritional abstracts will be presented. To promote dietitians and increase international collaboration, dietitians can apply for a D-ECCO Travel Award. Dietitians may also find the N-ECCO School interesting. The N-ECCO School is very popular but ten places are reserved for dietitians; so sign up before September 2019. Hope to see you all in Vienna next year!