BIOCYCLE includes a randomised three-arm, controlled clinical trial on 300 patients in five European countries, several patient and health care provider surveys in Europe and the United States, a biomarker research programme and pharmaco-economic analysis. ECCO is mainly involved in the monitoring of the project (through SciCom and ClinCom) and is the work package leader for dissemination of the results. BIOCYCLE is a 6-year-long project and was launched in April 2015.

The global aim of BIOCYCLE is to try to achieve an integrated multidimensional and tailored response to this difficult question of treatment de-escalation in Crohn’s Disease, also taking into account patients’ preferences and perspectives.

What has been achieved so far?

All work packages have now started and made progress.

The clinical trial is progressing well, with close to 230 patients screened in France, Belgium, the United Kingdom, Germany, Sweden, Australia and most recently the Netherlands. The AMC Amsterdam team joined the project in summer 2018. Recruitment is planned to end in December 2018. According to the current recruitment rate, it should be possible to reach the number of patients required for a robust analysis of the co-primary end-points (relapse rate over 2 years and time spent in remission over 2 years). First results are expected in spring 2021.

The health care provider and patient surveys, coordinated by the CCFA in the United States and by the patients’ association AFA in France, with the help of ECCO, have been completed. More than 400 patients and close to 300 doctors participated in the surveys, and results were presented at the ECCO Congresses in 2017 and 2018. The results are currently being prepared for final publication, with submission in the coming weeks.

As we are approaching completion of recruitment for the clinical trial, the biological samples collected at baseline and regularly transferred to the central biobank in Liège are currently being prepared for a first set of biomarker research in Oxford (DNA methylation, miRNA, glycomics, etc.), Liège (proteomics, central CRP and faecal calprotectin) and Tel Aviv (pharmacokinetics).

The pharmaco-economic work package, led by Gothenburg University, has started and a theoretical pharmaco-economic model for the cycling of immunomodulators or biologics has been generated based on a Markov-type decision tree model. The results of this model will be presented at the ECCO Congress 2019.

The final aim of BIOCYCLE is to generate a multidimensional integrated tool to help in decision making with respect to treatment withdrawal and cycles in Crohn’s Disease and more broadly in immune-mediated inflammatory disease. To this end, the consortium is working on a clinical decision support system. A publication on this concept has recently been accepted for publication in the Journal of Crohn’s and Colitis and the consortium is currently working on a theoretical model. This theoretical model will then be fed by the results of the SPARE clinical trial and the other BIOCYCLE work packages.

The second administrative and scientific report was approved by the European Commission in spring 2018 and the next one is due in October 2019. We have now passed the half-way point of the project. 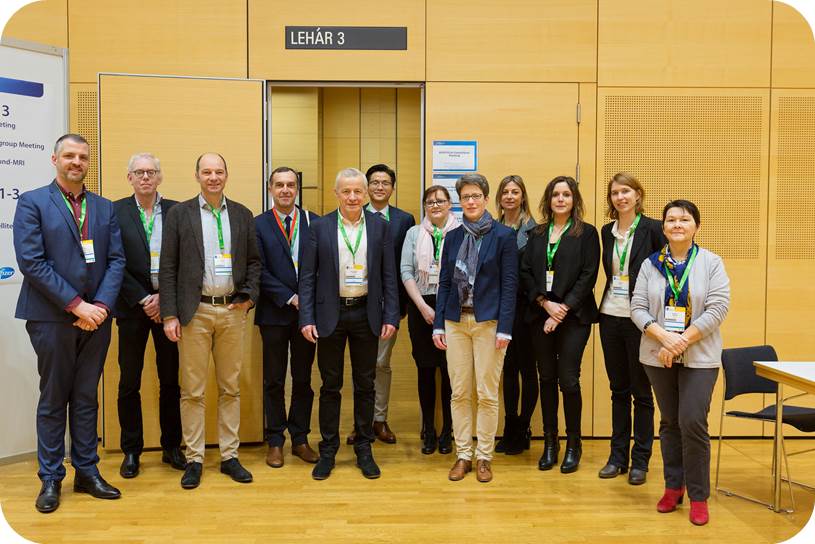