GuiCom, together with various ECCO Members, is constantly working to bring the ECCO Guidelines up to date, thereby helping IBD physicians to treat their patients. The most recent project, the Diagnostic IBD Guideline, will set out what to do for the following purposes: initial diagnosis, evaluation of treatment response, assessment of the asymptomatic patient, clarification of postoperative situations and investigation of suspected complications. In addition, one chapter will deal with the various scoring systems and another with the technical details of the different methods.

The initial call for participation in this project was sent out at the end of summer 2016. From among the very many applicants, 27 colleagues were selected from both ECCO and ESGAR, given the joint nature of the project. Over the past year, the Consensus participants have worked to update and rearrange the previous guidance in order to produce a guideline that covers all diagnostic aspects of Crohn’s Disease (CD) and Ulcerative Colitis (UC). The huge challenge in this process was the merging of the ECCO Endoscopy Guideline and the ECCO-ESGAR Imaging Guideline, as well as the diagnostic parts of the major ECCO CD and UC Guidelines, to yield one diagnostic guideline. 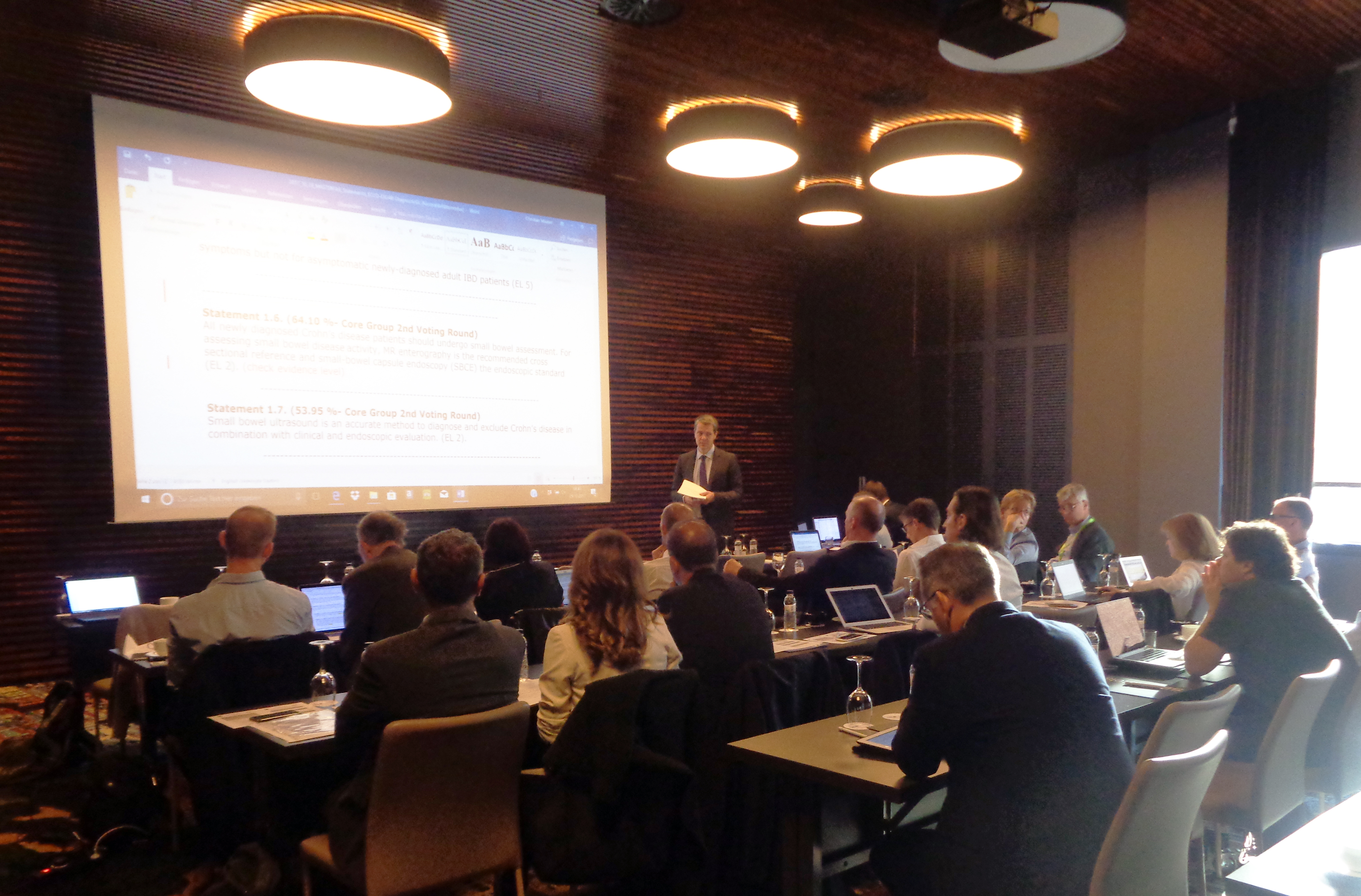 The first voting round in June was followed by the second voting round in the first half of October, which included the National Representatives and additional reviewers. The final Consensus Meeting took place on October 29, 2017 in Barcelona, just before the UEGW. Almost all WG members were able to make it to Barcelona, where we were locked in a rather dark room from 8 a.m. to 3 p.m. while the weather outside was sunny and warm. The Consensus Meeting turned out to be extremely productive, with intense and constructive discussions always leading to a final consensus. In this process, account was taken both of the current scientific data and of the challenges posed by country-specific availabilities.

Although they were happy that consensus could be reached for all the discussed statements and recommendations, the WG members went home knowing that another piece of work is awaiting them there: the completion of the final corresponding text. And the pressure is certainly on them as the guideline will be presented very soon,  during ECCO 2018.