The advent of monoclonal antibody therapy has propelled the management of Inflammatory Bowel Disease firmly into the biologic era, with numerous biologic therapies now licensed or in various stages of development.

Anti-tumour necrosis factor (TNF) agents such as infliximab [1, 2], adalimumab [3, 4] and golimumab [5] were the first biologics to be developed and have the greatest body of evidence for their effectiveness and safety in the treatment of Crohn’s Disease (CD) and Ulcerative Colitis (UC). The arrival of biosimilars has brought down costs and made treatment with anti-TNF more widespread, such that they are the most important first-line treatment option for moderate to severe IBD.

Vedolizumab, a gut-selective humanised monoclonal antibody that acts as an α4β7 integrin antagonist, is a newer option whose efficacy in the treatment of CD and UC was initially demonstrated in the large-scale GEMINI trial programme [6, 7].

However, despite the accumulation of a large body of evidence for their individual effectiveness, the optimal sequence for selection of biologic therapies remains to be determined. In particular, given that anti-TNF predominates as the first-line option in the majority of cases, a pertinent question is whether vedolizumab or an alternative anti-TNF should form the basis of second-line therapy.  With their use of Swedish registry data, Rundquist et al. aimed to provide some clarity on this matter.

Logistic regression models using a variety of confounding factors to determine the likelihood of receiving vedolizumab therapy allowed for propensity score matching, which aimed to mimic randomisation and reduce the effect of selection bias. This identified a cohort of 198 CD and 202 UC patients (with 1:1 matching of anti-TNF and vedolizumab patients in both cohorts) with no statistically significant differences in the group composition.

There were no statistically significant findings for any of the secondary endpoints for either disease except a lower survival without IBD-related hospital admission in the vedolizumab group compared to the anti-TNF group in UC (82% vs 93%, difference 11%, CI 2 to 20, p=0.02).

This study did not detect any significant differences in drug survival when switching from first-line anti-TNF therapy to second-line treatment with either vedolizumab or alternative anti-TNF. The only significant finding (of lower survival without IBD-related hospital admissions in the vedolizumab group) was difficult to explain other than by higher rates of dose escalation in the anti-TNF groups.

With no head-to-head randomised controlled trials to help answer which second-line treatment is more effective, previous data have derived from real-world observational studies of small sample size with some inherent biases in the study design.

For example, one multicentre Italian study [8] showed, in 161 UC patients with previous infliximab failure, no statistically significant difference between the two groups overall. Vedolizumab was associated with a significantly lower treatment failure compared with adalimumab (22% vs 48%, p=0.035) in cases of secondary loss of response to infliximab, although the results were susceptible to channelling bias.

Another multicentre study from France [9] showed, in 225 patients who had failed a previous subcutaneous anti-TNF, favourable survival rates at 1 and 3 years for vedolizumab compared to infliximab (p<0.001), although the infliximab group had arguably more severe disease (with a higher baseline partial Mayo score and an increased likelihood of commencing therapy as an inpatient).

The current study sought to counter some of the above issues, using only patients on second-line biologics to mitigate channelling bias and using propensity score matching to account for (but not entirely eliminate) confounding factors in the absence of randomisation. However, limitations included the use of drug survival at 12 months as the primary endpoint, which, whilst easier to calculate, is not a direct surrogate of drug response in the way that more traditional endoscopic, biochemical and histological endpoints might be. Additionally, there were no data on first-line drug and antibody levels that might otherwise inform decisions on second-line therapy.

Finally, it should be remembered that the decision on second-line therapy is not a binary choice and that other therapeutic options exist beyond the paradigm of the current study; for example, a recent network meta-analysis [10] of randomised trials involving patients with UC appeared to show that in patients with prior anti-TNF use, ustekinumab and tofacitinib were ranked highest for induction of clinical remission, with superiority over both vedolizumab and adalimumab. Whether similar findings translate to maintenance of remission or are also observed in CD remains to be seen but they certainly highlight the options available and the choices we face.

Samuel Lim is a UK gastroenterology registrar who has taken time out of training to work as a Clinical Research Fellow in Inflammatory Bowel Disease at Guy’s and St Thomas’ Hospital Foundation Trust, London. 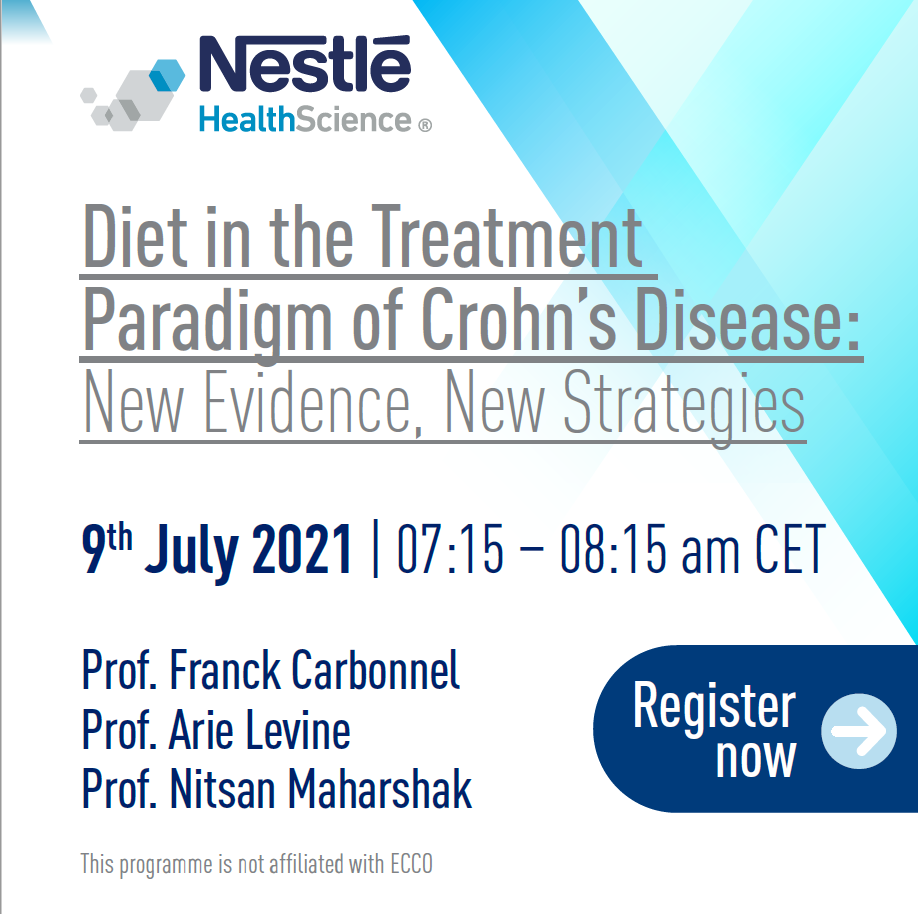